Where do ideas come from? It’s certainly true that computer science can only get you so far, and that less precise arts guide the hands of creative directors at our most hallowed game studios. Rumour has it that Hideo Kojima sacrifices another limb to the nanomachines with each new franchise, and that Jonathan Blow owns a raven who whispers puzzle solutions in his ear.

Those of us who aren’t auteurs – aren’teurs – can only guess at their methods. Or, y’know, literally just make them up. Unrelatedly, here are the secrets of 13 great game designers.

“As I may have mentioned in interviews before, much of the mystery of the Dark Souls world is drawn from the fantasy books I read as a child and the images I would conjure in my head. But at least one mechanic stems from a real-life experience I had when I was eight.

“My father and I were camping in the forest at the foot of Mount Fuji, and it was getting dark. Dad lit a fire, and told me that if I could find just one spot of light in the darkness, I would always have a ‘safe place’ in this life. I remembered that when I came to design Dark Souls’ save system.

“Later that night, I fought my father to the death atop the keep of a gothic ruin.”

“I remember it suddenly struck me in Environmental Storytelling House, a Bethesda residence where I spent the winter of 2006. I’d asked the level design team to set the ‘REMEMBER CITADEL’ ballroom for dinner, and whistled for the chefs to bring in a whole pig – as had become customary in the years following Oblivion’s success.

“As I studied the animal, sizing up each limb before deciding on a cut, I realised we could do the same for our Fallout reboot. We’d pause the game and tie it into action points, somehow. Finally I knew I could get those turn-based nerds off my back and build what I so desperately wanted: Oblivion with guns.

“In a further show of faith, I later asked designers at the House to draw up plans for an isometric conservatory, but the angles were a nightmare.” 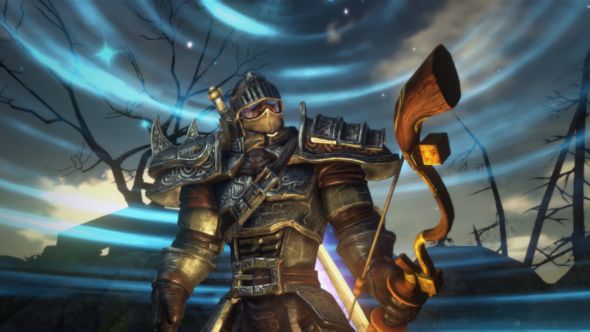 Cliff Bleszinski on Gears of War

“A lot of Gears 1 was inspired by a downturn in my own life. Just like Marcus Fenix, I was picked up from prison by my buddy Dom when I was at my lowest ebb. He helped me get back on track and turned me into the man I am today.

“It was Dom who held things together when our friends Kim and Carmine were killed in the recovery of the resonator – a device that would allow us to map the tunnel networks of the Locust and later deploy the Lightmass bomb, eliminating the alien menace once and for all.

“More of this stuff is real than people realise, which makes it super upsetting when they skip through the dialogue and make light of my darkest hour.”

Adrian Chmielarz on kicking people into electrified fences in Bulletstorm

“I went to kind of a rough school.” 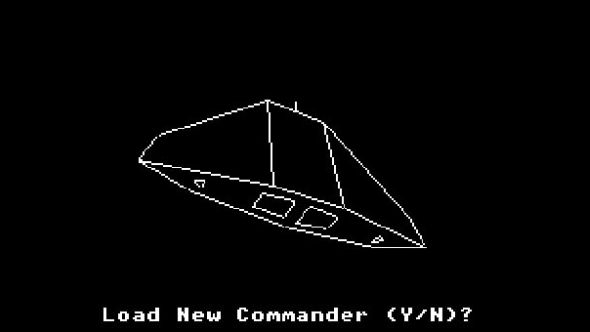 “My grandad didn’t talk much. He sat in a faded corduroy chair and fell asleep while we played at his feet. Sometimes I’d hear him grunt in his sleep – odd phrases like ‘docking request’ and ‘space reptiles’. Just rambling.

“Before he died, he gave me a cigar box and made me swear never to open it. And I’ve never told anyone this before, but I did. In the box were lines of code that, when tapped into my BBC Micro, provided the wireframe graphics that powered Elite. Grandad, I’m sorry.”

Stainless Games on running people over in Carmageddon

“We knew the medium had the potential to be opened up to a wider audience, so we started pre-production early on what we figured would be a pretty straightforward driving game. We got playtesters in, released the first build to our biggest fans, and meticulously focus-grouped at every stage. Turned out wiping out pedestrians played really well with 50-75 year old females in Milwaukee. We thought it was a bit much, but hey, we follow the market.” 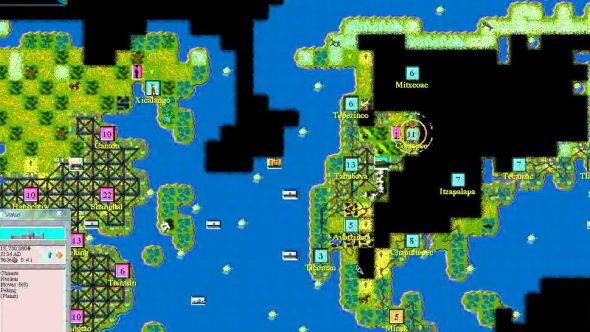 “Where I grew up in Michigan, I knew this kid. Spent an entire year stood in one spot. Ate his meals there, everything. The bigger boys would make fun of him – try to tempt him with sweets, you know. Called him Static Steve. His name was Sid, so that had to hurt.

“Then on New Year’s Day he just turned around and said ‘Your turn’, and I got it. I took on his name in tribute.”

“My brother is such a boor. Always coming around, picking his nose and asking for demo discs. Then, at Thanksgiving in ‘94, he asked for a straw in his brandy wine. It was the last straw.

“I worked nights making a game as time-consuming as I could fathom, with puzzles constructed to be as laborious as possible. I called it Grim Fandango and handed it to my brother a week before public release, with a couple extra unsolvable bugs for good measure. Happy to say he hasn’t left the house since.”

Will Wright on Sim City 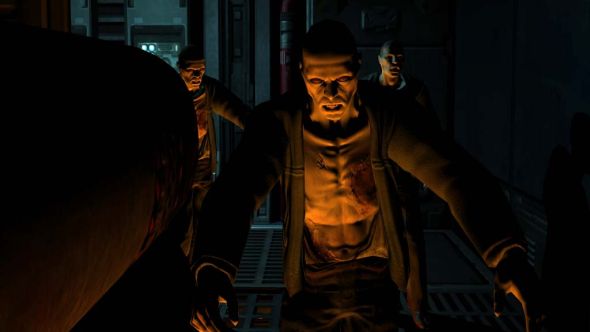 “I often get asked about how I reached the reverse algorithm for shadow volumes. And I tell people about the day my wife walked into my office and stood by the single window just so. ‘Freeze!,’ I said. ‘Stay exactly where you are.’

“‘Draw me like one of your French girls,’ she replied. I laughed; John Romero had taught me how and when to laugh some years earlier.

“I looked at the way the light came in through the window. I looked at the way it illuminated her. And just like that, three years later, I’d written literally millions of lines of code for the stencil buffer implementation of real-time shadows. It’s what I’ve always loved about my wife – the way she inspires great math.”

“I’d gotten hold of one of those grab-size bags of Walkers crisps. They don’t make ‘em anymore – and with good reason.

“I reached in to scrape one last taste of salt and vinegar from the bottom of the packet, and fell. I was only saved from asphyxiation by my brother Sam, who ran in and pulled the thing off my head. After that we moved to NY – the chips are safer here. But from that freak accident, Manhunt was born.”