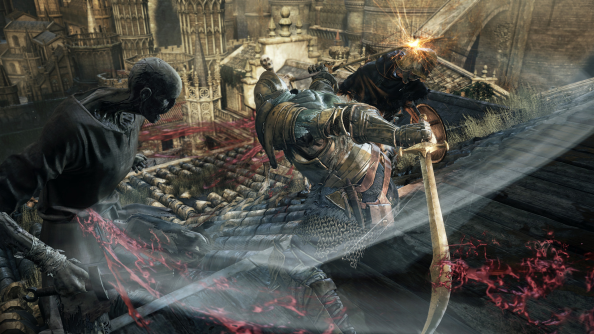 The history of Dark Souls is coloured by mechanical mysteries that took players months or years to get to the bottom of. For Dark Souls III it’s been the ‘poise’ stat – far more opaque than in previous games, players first speculated that it didn’t do anything. FromSoftware have since put paid to that idea, however, and fans have come up with a new theory.

Like to learn the ins and outs of a level the hard way? Chances are you’ll get on with the best racing games on PC.

In the original Dark Souls, an investment in poise saw your attacks interrupted less easily and your avatar staggered less often. In Dark Souls III, Redditor Back_like_Flint suggests, the effects are not so visible – but real nonetheless.

The game’s rolling animation is composed of a set number of frames. During some – vFrames – you’re vulnerable to damage, and during others – iFrames – you’re not. When you take a hit, the number of iFrames in a roll is reduced, leaving you prone to further damage. The balance of frames gradually returns to normal – though the player isn’t privy to any of that information.

It’s not the most exciting explanation in the world, but it checks out – and it wouldn’t be the first time FromSoftware had secreted an arcane system or three into one of their games. What do you reckon?