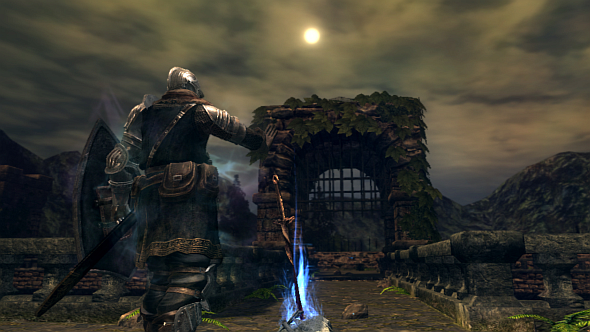 Dark Souls Remastered is coming in May, and to prepare us all for our return to Lordran, one gamer has dug into the game data to produce a visualisation of where people have left the most messages and bloodstains (that is, deaths).

Here’s what we know about Dark Souls Remastered  so far.

Each orange light represents roughly 12,000 bloodstains, while each blue light is roughly 8,000 messages: 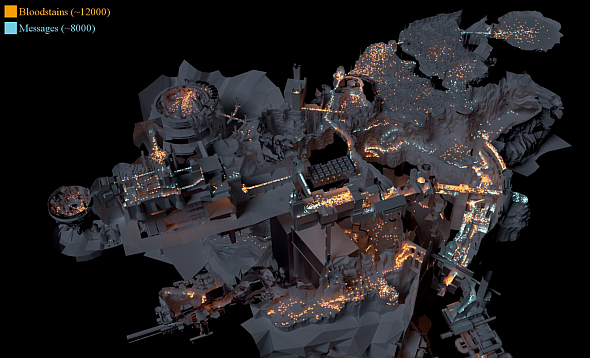 It can be a little hard to figure out which places are which, so the map’s maker DriftItem has helpfully labeled a few for reference.

That outcropping between the two turrets on the far right is where you first meet Solaire, so the density of messages there is hardly surprising – Praise the Sun, indeed. The bridge to his left is the one that gets routinely scorched by the hellkite drake, while the one above is the venue for the Taurus Demon fight. Both are glowing with orange bloodstains, which surprises me a little – clearly not everyone knows about the tower plunging attack trick.

Less remarkable are the many deaths to Gwyn in the Kiln of the First Flame, and to the Capra Demon. Bastard. Personally I’d have liked to see the heat map for Ornstein and Smough and Four Kings – arguably the game’s hardest fights – but they appear to have been cropped off the bottom of the image, presumably to avoid monitor burnout. If only I could be so grossly incandescent.

Dark Souls Remastered is due for release on May 25 this year.