The Lego Movie got it right: the real block-building experience begins after the kit-made castles and police cars crumble. Only then can you mix their constituent parts to create builds that, either due to licensing reasons or lack of interest, never got official Lego kits.

For a young Martin Willingham, it was obvious that he needed to recreate the Starship Enterprise using plastic bricks. “It’s about making it your own,” he tells us, “and paying homage to something you love.”

Now grown up and working in retail, Willingham is rebuilding Dark Souls in Lego Worlds. Worlds faced a tepid reception at launch from a PC audience weaned on Minecraft, but there’s no doubt it’s the closest videogames have got to capturing the essence of the hobby: a creative sandbox with an editor that allows you to build brick by brick.

Using the tools available in Worlds, Willingham has already bettered his Enterprise, wowing FromSoftware fans with his rendering of Firelink Shrine. Pitching his work as ‘the other Dark Souls remaster you’ve been waiting for’, the builder spliced together his best footage for a YouTube video – adding in FromSoftware’s soundtrack, VO, and a studded version of the HUD in After Effects. The result has been watched over 932,000 times. 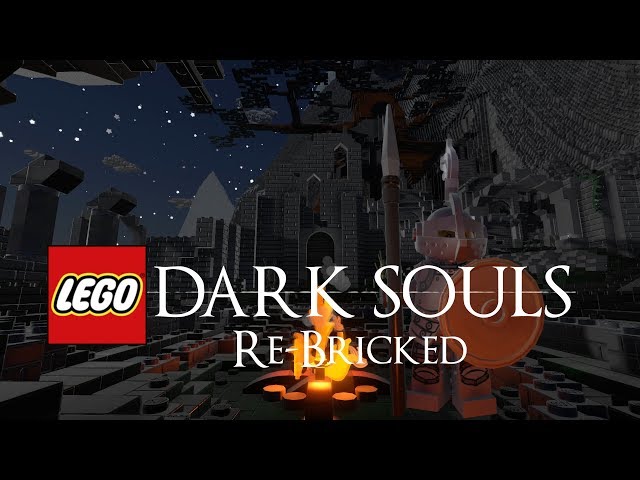 It’s easy to see why. Due to Willingham’s sharp editing work the grand melancholy of Dark Souls is unmistakable. The environments themselves are clearly recognisable too, thanks to his dedication to the knotty, winding pathways and dilapidated architecture of Lordran.

In the years between the Enterprise and the Firelink Shrine, Willingham dabbled. He built his own levels in Valve’s Hammer editor. He played around with Timesplitters and Halo Forge. And when Half-Life 2 came out he attempted full-fledged modding.

“But that was always so much work,” he laughs. “With that you’re physically building the levels, whereas with Lego I’ve got the bricks and the game mechanics are already there. I can build much more easily.” 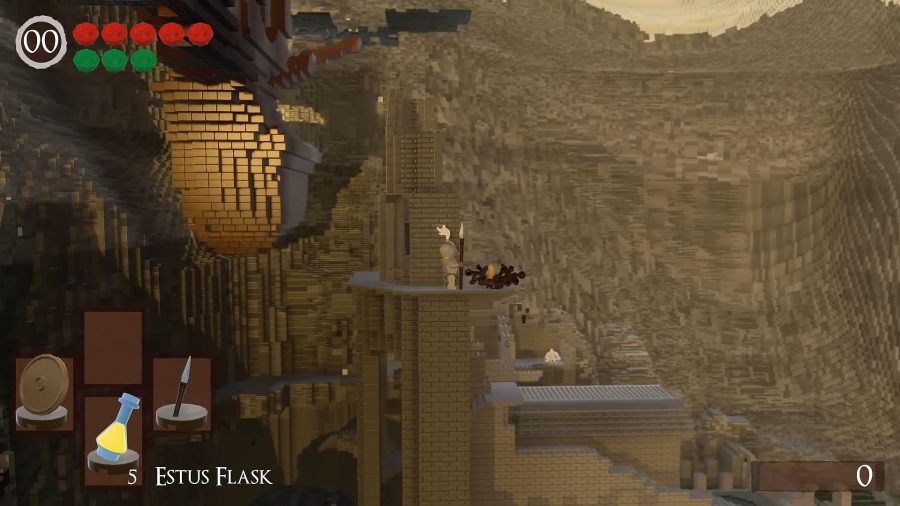 Dark Souls Re-bricked, as the project is called, began with the knight minifigure – whose plumed and visored helmet feels instantly at home in Lordran. From there, Willingham spent a lot of time in Dark Souls taking reference photos and thinking about the best way to approach the build.

“Lego isn’t great at going around bends, so you have to work out a way to interpret it for a blocky world,” he explains. “You’ve got these blocks, and they’re not as dynamic as having natural, flowing curves.”

The biggest challenges so far have been spatial. The re-bricked bridge into the Undead Burg has been moved no fewer than five times, and its enormous wall brought forward repeatedly until the distance felt right. These problems are symptomatic of one of Lordran’s great strengths – its unique interconnectedness. 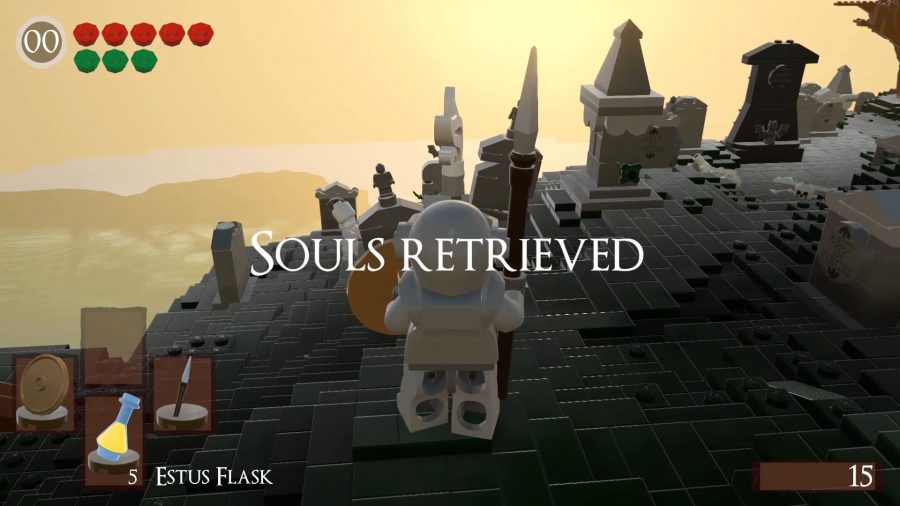 “I wish that more games took on Dark Souls level design,” Willingham says. “It continuously folds back on itself, but it’s also got a verticality to it. It feels like they would have had to have it all designed on paper and built it step by step to make sure it fitted properly. It’s given me a whole new understanding of how brilliant the guys at FromSoftware are.”

Fancy your own project? See the best sandbox games on PC

Willingham almost has enough material for a second video, and is planning a third. He knows that Anor Londo would be a crowd pleaser, but is afraid to leap ahead and lose the spatial sense that’s so important to Dark Souls. Instead, he’s building outwards from the Firelink Shrine, into the Undead Burg and beyond. He intends to stop only when his PC can’t handle it anymore.

“My ambition is to build as much of Lordran as I can,” he says, “where you can stand at the Undead Burg and look down at Firelink, or in Undead Parish and look down at Undead Burg. There’s something cool when I’m standing up there as a Lego knight, and it looks just like Dark Souls.”