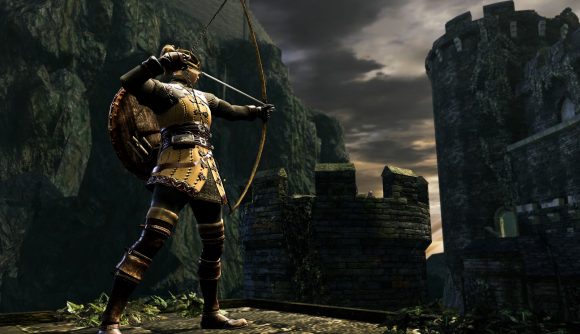 ‘Soulslike’ and ‘roguelike’ are two firmly established subgenres within the RPG games sphere, denoting things like high difficulty gameplay and infrequent save points on the one hand, and dungeon crawling, procedural generation, and permadeath on the other. Now, these things have collided in one of the games that coined the term soulslike – thanks to a new mod that turns it roguelike.

Grimrukh’s new Roguelike Souls – The Binding of Lordran mod for Dark Souls Remastered has you “embark on a perilous quest to rescue your lost friends”, but with a big old twist: “Beware: die too often, and all progress will be lost, and the foes, bosses, and treasure scattered throughout Lordran will change completely.” Gulp.

According to the modder’s description, the mod brings a total overhaul to the base game’s progression system, implementing something more akin to The Binding of Isaac or Dead Cells’s setup. Every time you hurtle through Lordran, you’ll face a “semi-random sequence of levels containing random enemy types in completely random positions”, as well as discover randomly distributed loot, bosses, and some other events and “risk/reward scenario[s]”.

And, it’s worth noting, you’ll only get five shots at reach run. Perish a sixth time and you’ll lose all your progress, and have to head back to Firelink Shrine to start again with your tail between your legs. Yikes.

However, any buddies you rescue from set locations will stay put at Firelink to help you out with some “gameplay-modifying bonuses”. Plus, “certain game progression events will unlock more loot options”, the modder says – but everything else will reset. 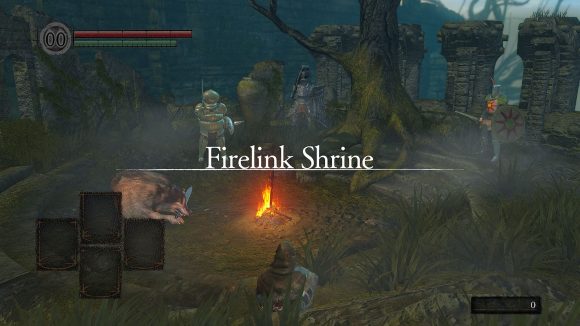 There’s also an intriguing, roguelike aspect to the mod’s installation, according to Grimrukh: every time you install it, a brand-new bunch of “procedurally-generated weapons, armour, and spells will be created as loot”, and the speeds of various baddies’ animations get randomised, too, so you’ll never really know whether they’ll be super speedy or surprisingly slow until you get cracking in the game proper.

If you’d like to turn up the dial on Dark Souls’ trickiness, head to Nexus Mods here to grab the mod for yourself. Just be sure to follow the instructions to get it running smoothly, and, as ever, mod at your own risk!