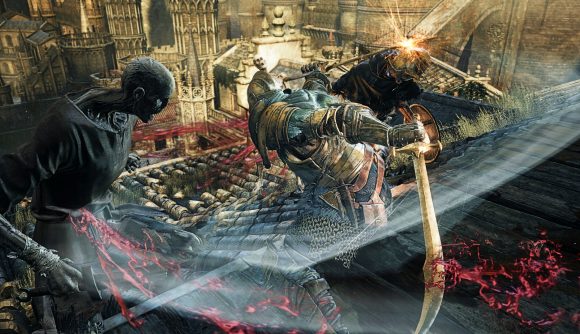 From Software and Bandai Namco have confirmed that Elden Ring will still release on February 25 following an investigation into the upcoming PC game, and that multiplayer for the suite of Dark Souls games on PC will remain offline until after Elden Ring’s launch.

“Bandai Namco and From Software are aware of the technical difficulties players have experienced with the Dark Souls suite of games on PC,” a statement on Twitter reads. “We want to thank the entire Dark Souls community and the players who have reached out to us directly to voice their concerns and offer solutions. Thanks to you, we have identified the cause and are working on fixing the issue. In addition, we have extended the investigation to Elden Ring – our upcoming title launching on February 25 – and have made sure the necessary security measures are in place for this title on all target platforms.”

The statement goes on to explain that online services for the Dark Souls series on PC won’t resume until after Elden Ring’s launch due to the time required to set up “proper testing environments”.

“We will continue to do everything we can to bring back these services as soon as possible,” the statement adds. “We will make an announcement as soon as the schedule is determined for resuming online services. Please stay tuned to the Dark Souls social media channels for updates.”