The community around FromSoftware games is voraciously curious. Soulsborne games are pulled apart and inspected for clues about their ambiguous lore. Cut content is reinstated and character models are explored from new, sometimes horrifying perspectives – mostly in the pursuit of knowledge, sometimes to highlight the incredible craftsmanship that goes into making games, and, every now and then, just for a laugh.

There are several figures who do this noble work, but few have been as impactful as Zullie the Witch. Zullie’s channel offers a peek behind the curtain across the series, showing where enemies hide before spawning in, poring over character models from angles you can never view in-game, and unmasking mysterious NPCs. Occasionally they’ll also release a horror show of monster close-ups, or reveal absurd bugs like Frampt’s face turning into pure nightmare fuel when you jump-attack them. There’s never any voiceover, just a few minutes of Cheat Engine experiments with some jaunty background music.

We spoke with Zullie about their mysterious name, how they got started messing around with Dark Souls game files, and their plans for the Elden Ring release date.

For those not up to date with obscure Dark Souls II lore, Zullie the Witch is a mentioned character who’s known for having seduced Alva the Wayfarer. She initially set out to ruin him through deceit and trickery, but ended up falling for him instead. 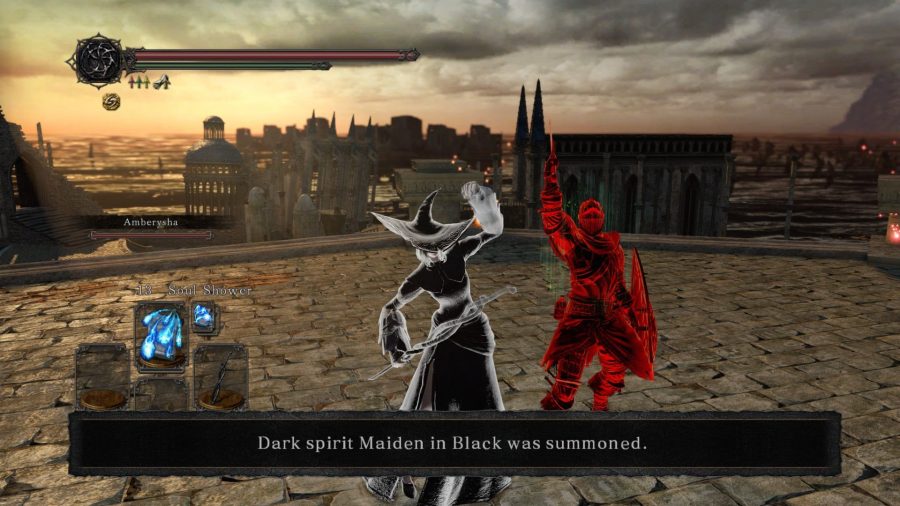 “In Dark Souls II,” Zullie explains, “there used to be community-organised fight club events. They’d pick some theme or concept to play around, like a knight theme where everyone had full armour and no magic or ranged weapons were allowed, and the point was to reward technical skill. Or there was the gladiator theme, where everyone was lightly armoured and had a variety of weapons, but the intention would be to fight and die as quickly as possible.”

One event was more about roleplaying as a character rather than using specific builds. “There were a lot of jokes leading up to that event about what would happen if someone cosplaying as Zullie met up with someone cosplaying as Alva,” explains Zullie. “There were a lot of Alvas, but there hadn’t been anyone who’d said they were planning on being Zullie, so I decided to do it myself. Renaming my character Zullie the Witch was the first thing I ever used Cheat Engine for, so it was a moment that carried a lot more weight than I could have known at the time.”

Having renamed themselves, they then kept their character named as Zullie and dressed the part by donning the Black Witch set. They were still wearing the outfit when the Crown of the Sunken King DLC was about to release, and when the community realised that Dark Souls II was actually patched with the entire DLC before its official release they decided to jump in and check it out. So, there was Zullie the Witch, roaming around the DLC’s new areas in full Black Witch attire, occasionally coming across people from the community fighting events who recognised them. “People continued to just call me Zullie as I was going around showing off early sneak peeks of the DLC, and so that just sort of settled into place as part of my identity.” 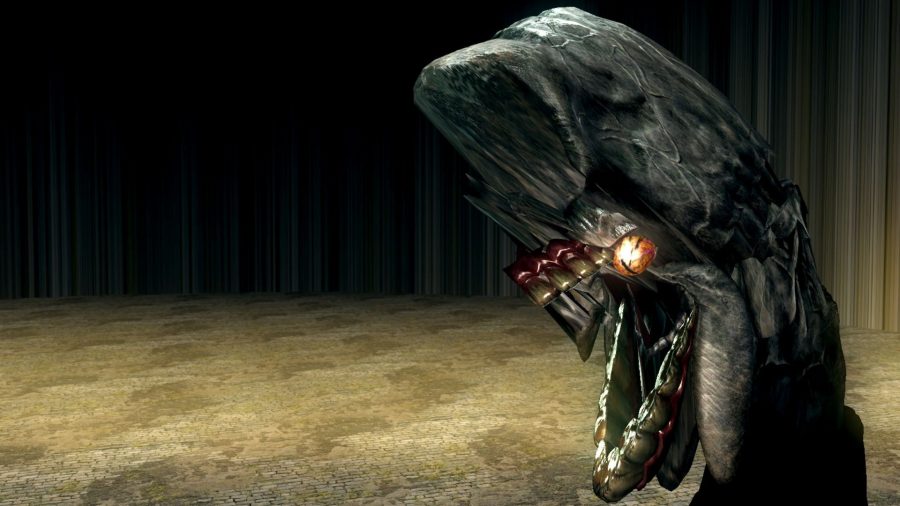 These early forays into Cheat Engine started Zullie’s ongoing curiosity with modifying and messing around under the hood of Soulsborne games. “I started learning how to use Cheat Engine, which is a memory editing tool for manipulating games, in 2014, just a few months after Dark Souls II released. As I learned how to do more with it, I began sharing my discoveries online through text and images, and then eventually as short WebM video clips. Eventually that progressed into the edited videos I do now.”

Zullie’s first few YouTube uploads accrued a few thousand views, but now their uploads are comfortably exceeding 100,000 views within a few days. Throughout the whole process Zullie says that their personal interest in the series is their main inspiration.

“I’ve found that if I’m curious about something, there are probably a lot of other people that are also curious about it too, and it’s rewarding to share the answers I find.” Things really kicked off for Zullie after releasing a video that shows what happens if you kill Ornstein and Smough at the same time. “It was seeing the sudden bloom in viewership in the wake of the Ornstein and Smough video that really made me realise I could make something of my channel.”

Here’s something you might not be aware of: Zullie is responsible for the ability to edit Chalice Dungeons in Bloodborne. “There are certain late-game weapons that are sort of disappointing to receive because most of the game is over by the time you get them. So I edited some Chalice Dungeons to make it so you could collect those weapons very early on.”

Editing the dungeons is one thing, but figuring out that it was even possible without the modding access they had on PC is arguably more impressive. “I eventually found what part of the save file the Chalice Dungeons were stored in, and from there I started figuring out the structure for their data, which led me to understand how I could edit them.” It turned out that Chalice Dungeons were not actually randomly generated, as many people thought. Instead there’s a large pool of pre-generated dungeons, which the game picks from when you perform the Chalice Ritual.

“The important discovery for the edited dungeons was realising that the game stored what map to load separately from the menu data for the dungeon, so you could set it up to load a high-level dungeon with the menu data of a low-level dungeon, cutting down on the requirements for joining it.” Basically, you can skip right through to endgame content to get your hands on late-game weapons, like the ones with different blood gem slots. 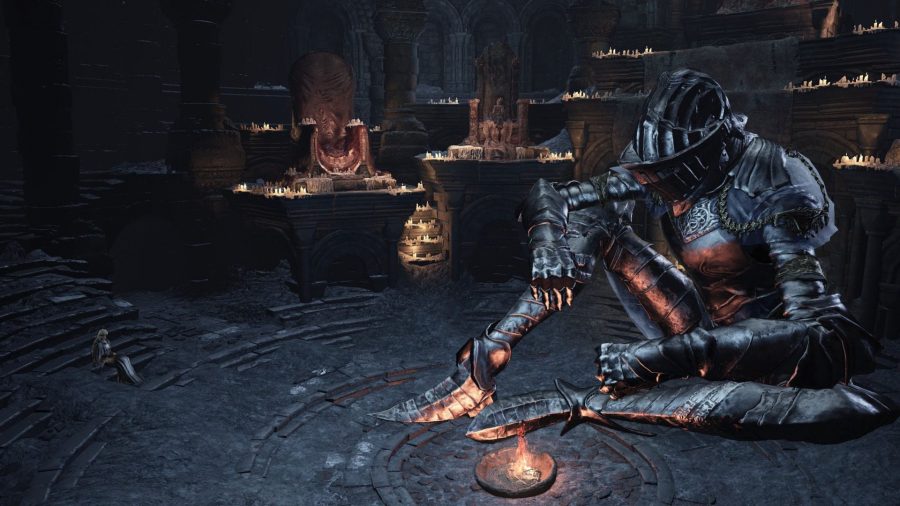 “This also led to something that I consider to be one of the coolest things I’ve ever been a part of, which was getting to share the developer chalice dungeons with the cut content bosses. The idea that any player could now experience the cut content first-hand without needing to make any modifications to their own game or save, just because I opened the door for them, is incredible to me; it’s something that I treasure having gotten to do for everyone.”

As anyone who works in games media or content creation will attest, the experience of playing a game for a specific work-related task can spoil the experience, but Zullie is confident that this won’t affect their first playthrough of Elden Ring.

“I’m planning on playing it normally for the first time; I wouldn’t want to deny myself the intended experience. Also, it’s good to build up a general knowledge of the game before you start diving into the deep end, so you’ll have an understanding of what you’re working with. You can’t know if something is cut content if you haven’t experienced the content to begin with.” 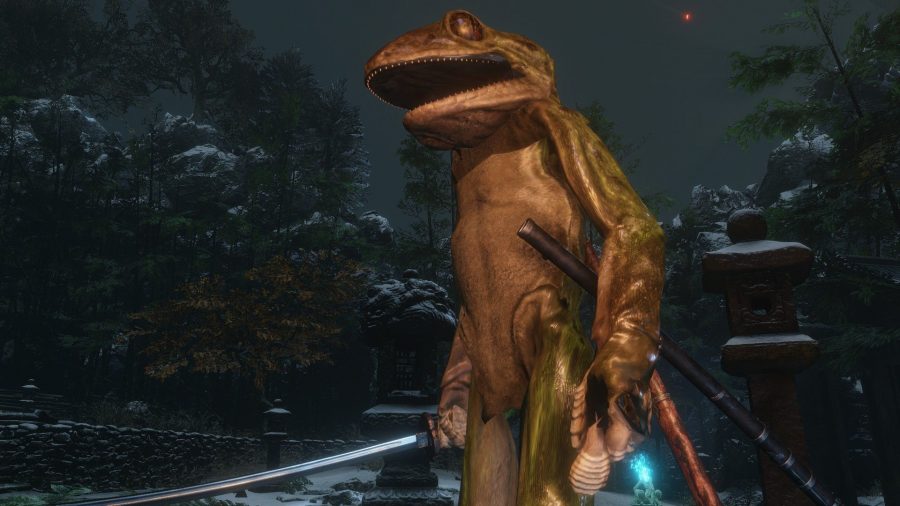 And in case you’re curious about Zullie’s favourite games in the series: “My favourite is Bloodborne, I enjoy its aesthetics and the pace of its combat the most, but I think I’ve had the most fun making videos about the original Dark Souls. It’s full of esoteric mechanics to explain.”

You can check out Zullie the Witch’s YouTube channel here.