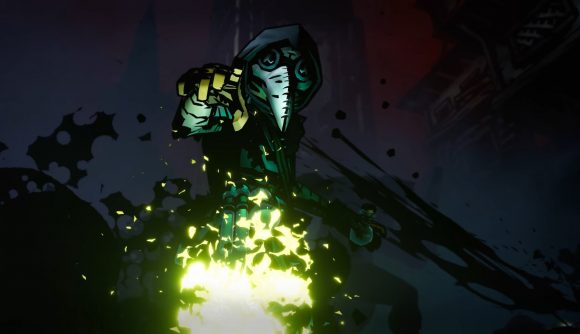 Darkest Dungeon II is finally ready to don its battered armour and venture into the inky unknowns of Early Access. The roguelike dungeon-crawler, in which you’ll be managing another party of psychologically vulnerable adventurers, will be available on the Epic Games Store in Early Access starting October 26.

Since its first teaser trailer debuted nearly a year ago, we’ve heard very little about Darkest Dungeon II. Based on the short clip, it’s going to feature several of the same characters we met in the 2016 original, but the setting appears to have shifted. The teaser mentions “the spreading stain” of the Darkest Dungeon, and shows the heroes gathered in battle high above a Gothic cityscape, which may mean that we’ll be looking at a larger, more urban environment to explore this time out.

In the first game, you play not as an adventurer yourself, but as an unseen organiser whose job it is to recruit heroes to explore the haunted depths below your family’s ancestral home. The dungeons and sewers are filled with abominations that not only can physically harm your adventurers, they also horrify them and can damage their very minds and wills.

Add to that a system for wounds, illnesses, and odd tics and obsessions, and you get Darkest Dungeon. It’s a difficult and sometimes punishing game, and you can very quickly run out of characters capable of making another expedition.

We’ll be finding out more about Darkest Dungeon II in the coming months, and we’re nervously excited to begin another Lovecraftian odyssey into the creepiest stuff Red Hook Studios has come up with over the past five years.

The store page is live now, so you can add it to your wishlist if  you want to get a heads up when it becomes available.