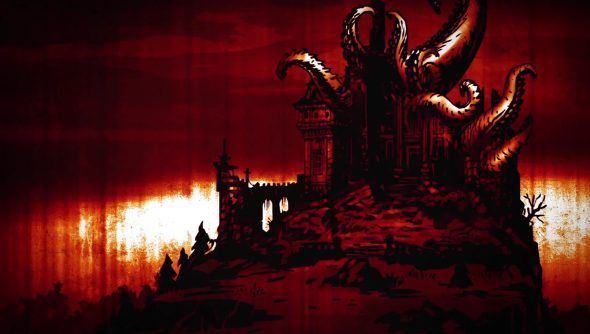 Darkest Dungeon revels in killing off characters more than George R. R. Martin. If it’s not doing its damnedest to put one of your party members in an early grave, then it’s driving them insane, which more often than not is simply a precursor to them ending up in said early grave.

If you fancy a role-player that won’t drive you mad, take a look at our list of the best RPGs on PC.

The silver-lining in all of this is that the game becomes a rich source of anecdotes, of incredible comebacks and heroic sacrifices. You’ll find none of them here, though. No, because below is a list of miserable failures and embarrassing deaths. I take full responsibility.

Dismas’ time in this world was painfully brief. He had no opportunities to do anything of note, because five minutes after stepping off the carriage that was en route to the Hamlet, Darkest Dungeon’s hub village, he was transformed into a bloody, gory approximation of Swiss cheese by a gun-toting bandit. He didn’t even get to go dungeon delving before he was filled with bullet holes.

He leaves behind nobody and nothing.

Everybody loves a healer, apart from, it seems, repugnant eldritch horrors like the shambler. Poor Tourneville was good at patching her pals up, but not as good at reading the warning labels on creepy artefacts. Thanks to her, she and her adventuring troupe were transported to a dark dimension where they fought a beastie ripped right out of a nightmare: the shambler. She cowered in the back, too scared to move, and was subsequently devoured.

She will be missed at the chapel, where she was frequently wailing, and by her fellow adventurers, who now desperately need a new healer.

Doctor Libourg – surprisingly – died of natural causes. After a long life of throwing bombs of poison at anyone who found themselves in his way, he had a completely mundane heart attack brought on by incredible stress and a terrible, gnawing fear and paranoia, the source of which was the unknowable darkness that lurks beneath the world. Completely normal.

He leaves behind several ladies of the night, of whom he was a frequent customer.

The first hero to arrive in the Hamlet, Reynauld quickly made a name for himself thanks to his tirades and the constant verbal abuse he directed toward his companions. After a solid career of dungeon delving and monster slaying, he was flayed to death by a paunchy bandit after he pitifully missed three attacks in a row.

His companions are now in the market for less brutally mean Crusader.

Bounty hunting is a dangerous profession, and Boislevesque no doubt expected to end his life either in battle or in a disagreement over gambling debts. It was rubble, however, that cut short his life. He forgot his shovel, and when faced with a pile of rocks that barred his way, he decided to just dig. And he dug until he died. He did at least wait until he’d finished the job before he croaked.

He leaves behind some very sad croupiers.

A jester might not be the most obvious candidate for a deadly adventure into the depths of a blighted, evil mansion, but Marisco was also a drunk and had poor decision making skills. He also loved to laugh, and he loved to make others laugh, and we all had a great laugh when he stepped on some fungus and keeled over, dead.

Someone will need to pay off his bar tab.

Young Ver had everything going for him. He owned his own set of manacles, he terrified holy men and women, and he could transform in a hairy, horned, slavering monstrosity on a whim. Unfortunately, none of this helped him when he ran out of food mid-adventure and, starving, wandered into a fight with a pack of rabid dogs, who proceeded to eat him.

Ver leaves behind his fellow adventurers, most of whom refused to actually travel with him because he was a terrifying, shapeshifting monster who drove humans insane.

If you’ve got any embarrassing deaths from Darkest Dungeon that you’d like to get off your chests, let us know in the comments!