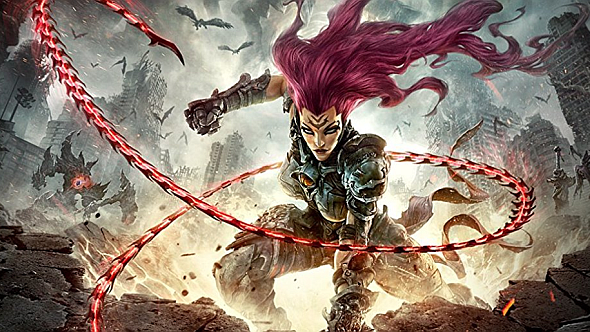 Darksiders III launches tomorrow, which means that today’s the day to group together all of the review scores we can find. Six years after its last outing, the series is back. Wasting little time, the Four Horseman of the Apocalypse immediately find themselves back in trouble as War ushers in the end of the world and Fury is tasked with tracking down and defeating the Seven Deadly Sins.

That Darksiders 3 ever came to be is impressive in itself. Five years ago its original publisher closed its doors, but THQ Nordic has managed to raise it from the ashes.

At the time of writing, it seems that critics aren’t exactly united over the third part of the trilogy. It’s at a 72 on both Opencritic and MetaCritic, but that’s the result of a significant spread – I’ve seen scores ranging from the impressively high to the near embarrassingly low. But instead of spoiling that here, I’ll let you take a look for yourselves – without further ado, here’s our Darksiders 3 review round-up.

Here are the Darksiders 3 review scores:

As you can see, that’s an eclectic mix of scores. The overall 7/10 score seems to be about right for a game that’s not entirely sure of its identity, but there are also some nines and fours chucked in there as well. From what I can tell, if you’re a fan of the series you’ll probably enjoy yourself, but otherwise you might be better off swapping between Dark Souls and Diablo as you see fit.