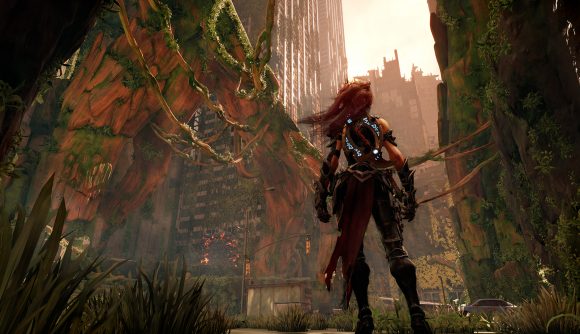 Grab your spiked heels and chain whip: Darksiders III has arrived on Microsoft’s Game Pass for PC, along with four more new games. Some of these we’ve been expecting since Microsoft announced its list of upcoming Game Pass games earlier this month at XO19, but there are a couple surprises as well.

Darksiders III leads off the new batch. In it, you take on the role of Fury, one of the four Horse Riders of the Apocalypse, and hunt down the Seven Deadly Sins in a story that runs parallel to the events of Darksiders II. The game takes some cues from Dark Souls in its update to the hack-and-slash puzzle-dungeon approach of its predecessors, but it maintains the fun cartoony take on heavy metal album artwork for its visual design.

The must-play-if-you-haven’t game of the bunch is undoubtedly Subnautica, the game about exploring the ocean of an alien planet and trying to reestablish contact with your mothership. Along the way you’ll discover the hints of an ancient civilization, learn about the local ecology, and build various underwater bases and submersible vehicles to help you explore the strange and beautiful world beneath the waves.

The Game Pass library keeps growing, and it already includes recent hits like The Outer Worlds, Gears 5, and Age of Empires II: Definitive Edition. Most games in the library can be played on either Xbox or PC, but a few are only available for one or the other. You can sign up over at the official Xbox site.