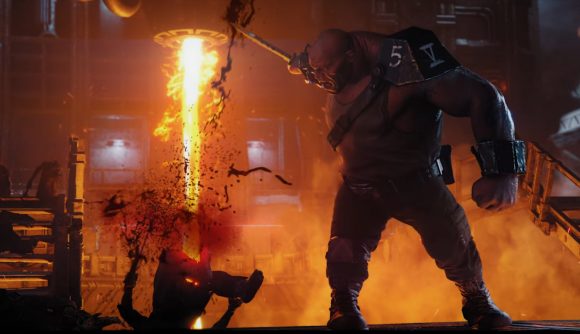 It seems to be the day to announce release delays. Warhammer 40K: Darktide will not be coming out this year as planned, Fatshark announced. The sci-fi follow-up to rat-smashing co-op game Vermintide has been delayed to spring 2022. The developer says the postponed release date reflects the difficulties it has faced while working from home over the past year.

“It’s no secret that building a game during a pandemic is a challenge and we are not immune to this,” Fatshark writes in a Twitter post. “We are planning to use the extra time to both focus on the level of quality at release, as well as invest in more systems to support Darktide for years to come.”

Leaving the skaven-blighted fantasy lands of Vermintide, Darktide centres on a group of conscripts who have been press-ganged into rooting out a Chaos infiltration in Hive Tertium, a gargantuan hive city that sprawls across an area the size of a continent. You’ll be heading in with a team to find what evils lie below the surface, working at the behest of an imperial Inquisitor who’s determined to find the source of the incursion.

Fatshark has enlisted the help of prolific Warhammer 40K novelist Dan Abnett to help flesh out the world and its inhabitants, and we spoke with him in May about what excites him about applying his extensive knowledge of Warhammer 40K to a videogame.

Vermintide and Vermintide 2 have both provided us with many hours of entertainment, so we’re eager to see what Darktide has in store – but we’re content to wait until Fatshark is ready to share it with us.