Today we begin a series celebrating the behemoths of Dauntless – the stars of the co-op creature-hunting game which boasts over two million players in open beta.

In a very literal sense, the behemoths are the focal points of the action; the enemies you circle incessantly, waiting for a sign of weakness or bracing for a swipe from an oversized claw. If you’re a Dauntless player, you will already have spent a significant proportion of your time staring into their cold eyes and gazing hungrily at their armoured flanks – bespoke loot in waiting. But how much do you really know about them?

We’ve talked to the designers and artists who’ve poured hundreds of hours into creating these memorable beasts. We’ll kick off proceedings with a very special behemoth: Koshai, the Sovereign of Thorns. Dauntless’s first major update drops today, and this magnificent creature is its centrepiece.

“We’ve had the design documentation and some of the concepts for Koshai for quite a while,” behemoth designer Reid Buckmaster tells us. “But when we started to talk about what’s going to be in The Coming Storm and the overall theme, he was a super natural fit for it.” 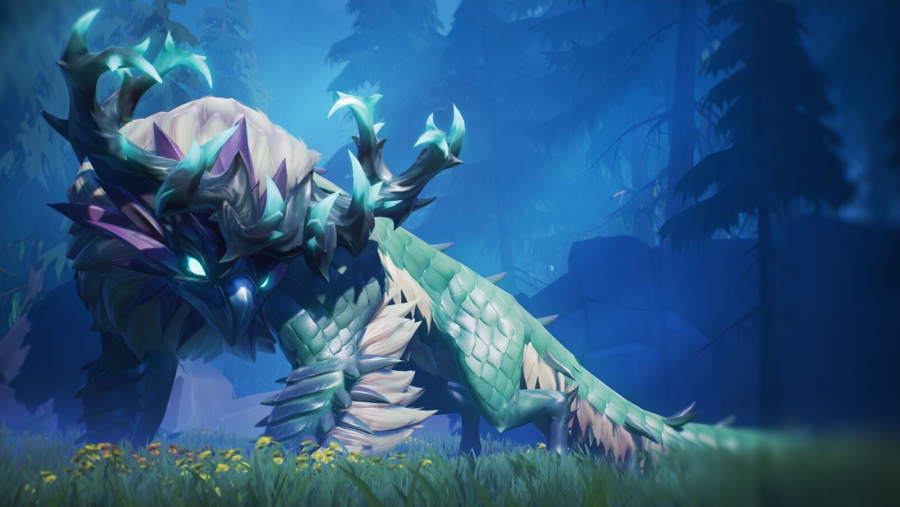 Describe Koshai in prose and he soon starts to sound like a creature from mythology. He’s a quadruped, covered in vibrant green scales, and carried by muscular front legs. A fluffy mane surrounds the face of a hawk, topped by a crown of thorns.

The Koshai is said to have vines strong enough to crack the keel of a ship and thorns that will tear through even the strongest armour. If you can harness its power you'll be able to forge weapons of equally devastating strength.

“They look like antlers, but they’re made of viney thorns,” art director Katie De Sousa tells us. “He’s a really elegant, natural, king of the forest. He’s definitely the most majestic of our roster and I’m super excited about it.”

Koshai isn’t just an intimidating fighter – he’s an infestation. His insidious influence has spread through Ostia, a former industrial territory in Dauntless’ Shattered Isles – as well as the fellow behemoths that cross his path.

“What this means for gameplay is that a lot of the existing encounters are going to have elements of the Koshai encounter incorporated into them now,” marketing manager Nick Clifford says. “Any behemoth that has had a brush with Koshai has essentially fallen under his influence and become more powerful for it, too.”

Koshai himself is a curious prospect in the arena. Not terribly mobile despite his small frame, he relies on plant life to get around, riding “crashing wave of vines” about the battlefield and diving into the earth only to pop up somewhere else. Once relocated, Koshai sets up defensive perimeters of brambles and creates patches of thorns to trap players and dictate their movement.

“He’s not going to give them a whole lot of face time,” Buckmaster says. “He’s going to move to another part of the arena.”

Koshai is an elegant king of the forest

You’re rarely going to feel in control when battling Koshai. Control is for him to have, and for you to be placed under. Like a particularly pernicious weed, he’s throttling all other life in his environment, plunging the world into shadow. 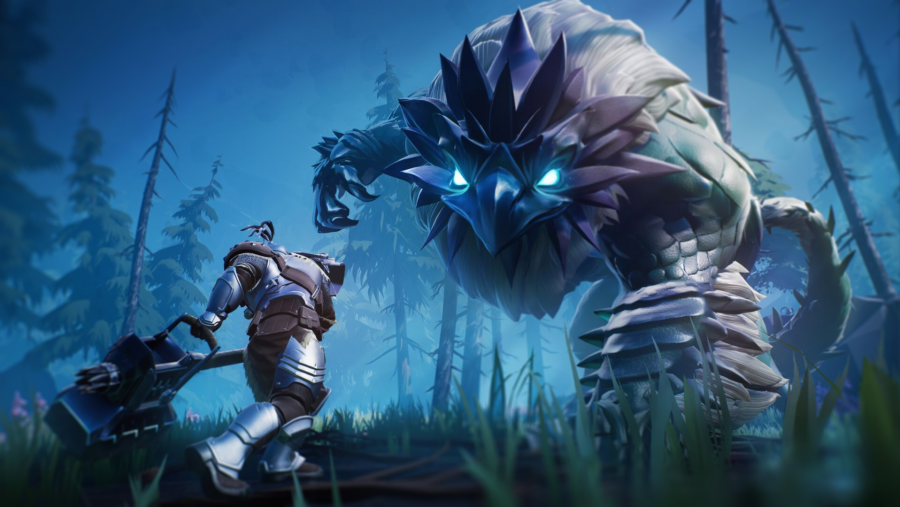 The team had already talked about the possibility of using vines for attacks, to whip players from a distance. It was a natural – or you could say organic – leap to using those same vines for movement.

“Koshai doesn’t run around, he doesn’t chase his prey down, he traps them,” Clifford explains. “So when he needs to move quickly he does that entirely with the vines, using them to propel himself and slingshot around.”

Koshai’s behaviour and animation betrays an almost haughty air – as if he’s deigning to fight you, rather than forced to. Dauntless’ behemoths might be beasts, but they’re personalities, too.

“We’ve been trying to play off the Sovereign of Thorns theme,” Buckmaster says. “He focuses on individual slayers rather than a group. He picks his targets. We almost wanted to make him feel grudging. He’s annoyed by your presence but not threatened by it. He’s got a job to do, which is taking over these islands, and the slayers aren’t an existential threat to him. They’re just slowing him down.”