Four Slayers drop from the airship that ferries them across the Shattered Isles and immediately fall into a routine learned from a hundred hunts before – fanning out through the woodland, searching for the behemoth that has made this island its home. One player spots a blip on an otherwise perfect horizon – a feathered crown. It turns, cocks its head to one side, and then the Shrike locks eyes with the player. Those cold orbs in its skull won’t sway their gaze until either one of them is dead.

The designers of Dauntless had that specific image in mind from the earliest days of working on the game’s distinctive owl-bear behemoth. At certain points, though, the Shrike was too intimidating. “There were times when we first started working on him when his head was on a full swivel and could do 360 degrees,” marketing manager Nick Clifford laughs. “He was way too eerie.”

Phoenix Labs wrestled with that balance throughout much of Shrike’s creation. As Dauntless’s second ever behemoth – after the slow-moving reptile, Drask – the owl-bear was the studio’s biggest challenge in terms of tone.

“We don’t want the player to feel like they’re hitting up an animal sanctuary and just beating up some woodland creatures,” art director Katie De Sousa says. “So we tried to push the animations as aggressive, vicious, and fast as we possibly could – more than you would ever see in nature or any kind of normal situation. That gives him that mythical beast quality.” 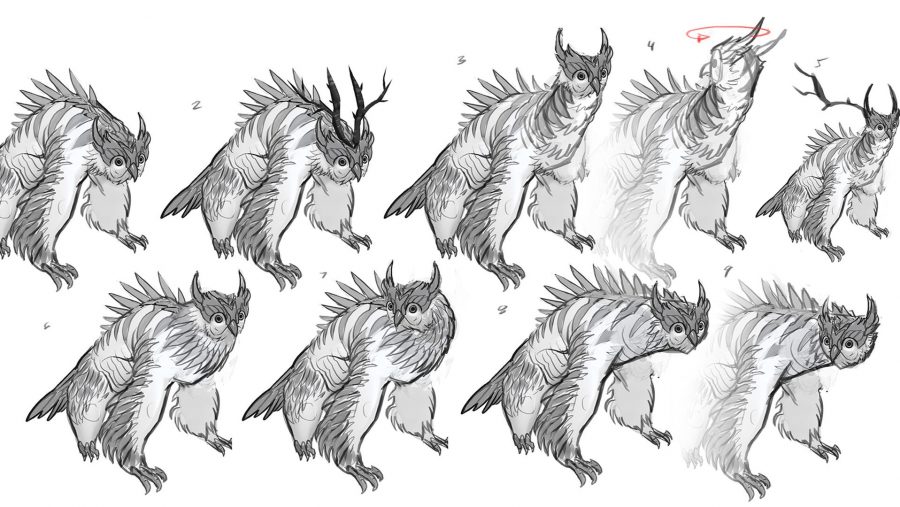 There comes a point in every Dauntless fight where the behemoth is visibly weakened, animated to appear in pain. That’s when Phoenix Labs has to work extra hard to ensure you’re not overcome with guilt, and instead encourage you to push on with the fight. “I think I’m usually a gut check,” De Sousa says. “I’m a vegetarian and I love animals.”

On a scale of one to ten, how bad will you feel beating them up?”

For a while, the Shrike had pupils in its eyes – but it made the beast too relatable. Then and since, the studio has instead given its monsters an aether glow, as if possessed by the same, strange power that causes the islands of Dauntless to float. “We go through that with every single behemoth,” Clifford notes. “On a scale of one to ten, how bad do you feel beating them up?”

That’s not the only way in which Shrike served as a prototype for other behemoths to follow. This monster was the origin point for the interrupt mechanic which is now a central tenet of the game as a whole.

“We wanted to do a higher mobility behemoth, because we wanted to push ourselves in the opposite direction of Drask,” behemoth designer Reid Buckmaster remembers. “One of the things that that afforded us is the interrupt, being able to knock him out of his glide attack. Shrike was our first test case and pioneer for that, and we ended up leaning into it quite a bit with his revamp earlier this year.” 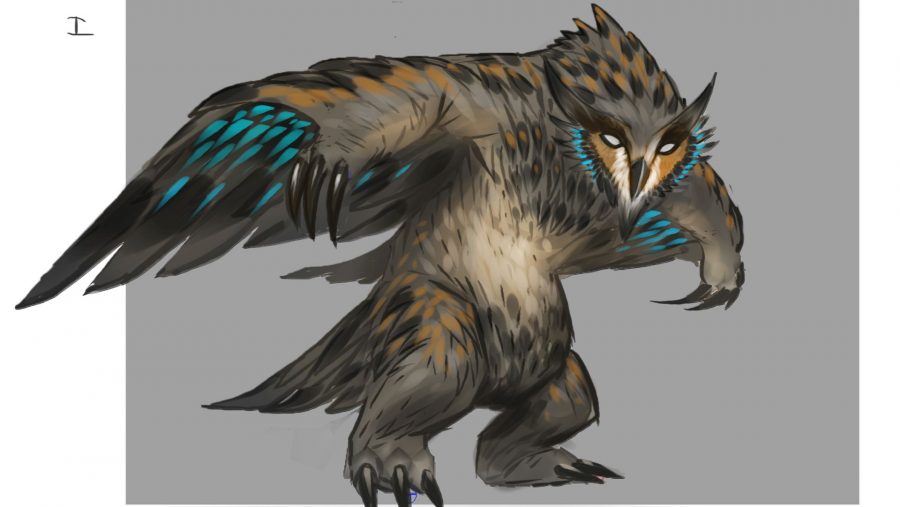 Shrike is not only the first example of a fight filled with interrupts, but the most approachable one, too. “He shows off a lot of what the behemoths throughout Dauntless can do,” Buckmaster says, “but he does it in a slower, safer, easier-to-learn way than the behemoths later down the road.”

Shrike is the first place players tend to learn about variable attacks as well. Those big bear claws can swipe a varying number of times depending on context – how grouped together you are as a team, for instance, or your position relative to the behemoth. “From my perspective as an encounter designer he’s one of the first, best teachers we have in the game,” Buckmaster says.

If you’ve played any Dauntless, you’ll know that Shrike set a trend at Phoenix Labs for splicing real animals together. But this one has an ancestor who far predates this monster hunting game still in open beta. “There are a lot of D&D fans here at the office,” Buckmaster admits, “and Owlbear was a definite starting point for him. He’s a grizzly mixed with a barn owl.”

“I think owls are natural predators, and that’s appealing and scary at the same time," De Sousa says. "Any kind of bird of prey, cocking its head.”

As such, Shrike presented an opportunity for the Dauntless team to get to grips with both feathers and fur at the same time. “Feathers are [visually] noisy,” De Sousa notes. “There’s so many of them. Our style is really simply and graphic – big blocks of shade and bright colours. Feathers and fur are inherently a bunch of tiny strands. It’s hard to take that, make giant shapes out of it, and align it to our style. Over time, and a lot of frustration, we figured out how to do it.” 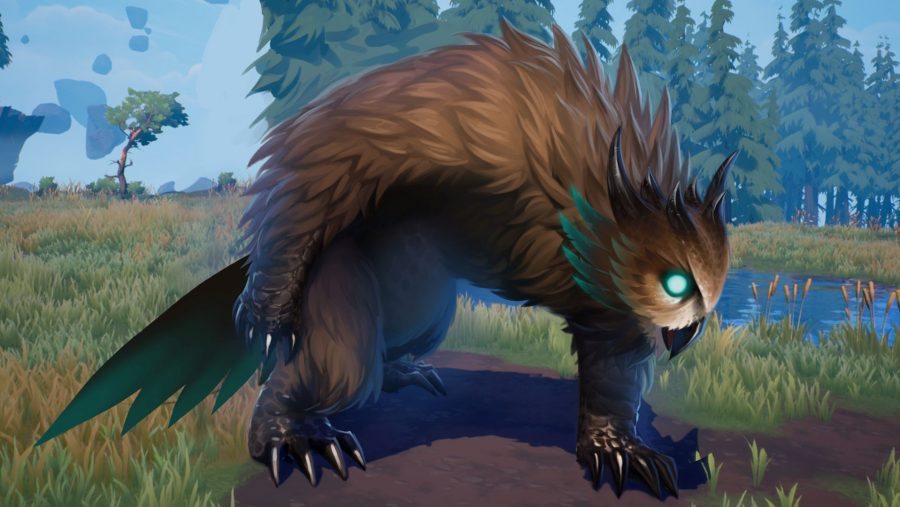 The results were worth the struggle. Dauntless doesn’t have health bars – so is reliant entirely on visuals to communicate damage. On Shrike, you can literally see the feathers knocked off him, changing the behemoth’s silhouette in a significant way and making it easy to tell what stage the battle is at with a glance.

While most of Shrike’s attacks are rooted in his brawling, bear-like side, the team has always considered the behemoth an owl-like personality first and foremost. If you were to dig up the design doc and find the blurb written there, you would recognise the same, evocative owl-bear we know and fight today.

“Shrike is one part lumbering grizzly, one part horned owl,” it reads. “He’s keenly aware of his surroundings and the movements of his prey, and pounces on them like field mice. Both swift and devastating, Shrike will be on you faster than you expect.’”