Which Dauntless weapon should you pick for the best Behemoth slaying experience? Phoenix Lab’s free-to-play Monster Hunter-like offers you a myriad of damage dealing implements to pick up, from war pikes to firearms. What they all have in common, though, is that they all reflect the look and personality of the Behemoth they were crafted from. Make a Dauntless weapon from the remains of a fiery Embermane, and it will smoulder with a red aesthetic.

These Dauntless weapons aren’t merely here for a show, however. Each one of them comes with unique movesets and attacks and therefore suit different styles of play. The dual-blades, for example, suit players looking to close the gap and attack with speed, While the hammer is something you’ll want to consider if you like dealing substantial damage and can really time your strikes.

Even the best weapons have their faults, though, and it can be hard to choose which ones to go for. On top of that, you don’t want to waste your crafting material on a limp Dauntless weapon. With that in mind, here are the best weapons for any kind of player in Dauntless.

The best Dauntless weapon for you 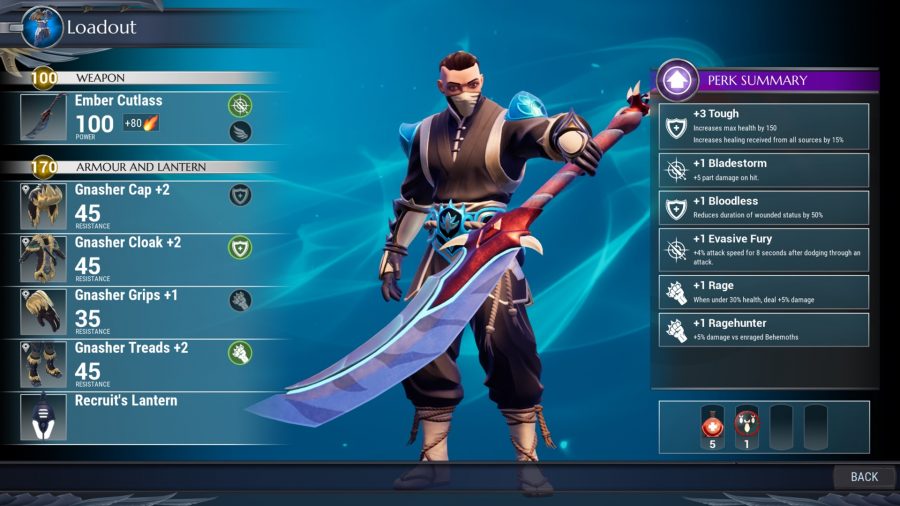 The humble sword has been a mainstay in games and Dauntless doesn’t bother trying to reinvent the wheel for this steadfast melee weapon: you can expect reliability, flexibility, average stats across the board.

This makes the sword is one of the best Dauntless weapons to start with as it’s finely balanced. It has a reasonably quick attack pattern, can deal extra damage in combos, and deals solid damage, too.

The starter special attack – Valiant Overdrive – for the sword weapon type is also very easy to use, increasing attack speed and causing attacks to deal aoe damage while active. 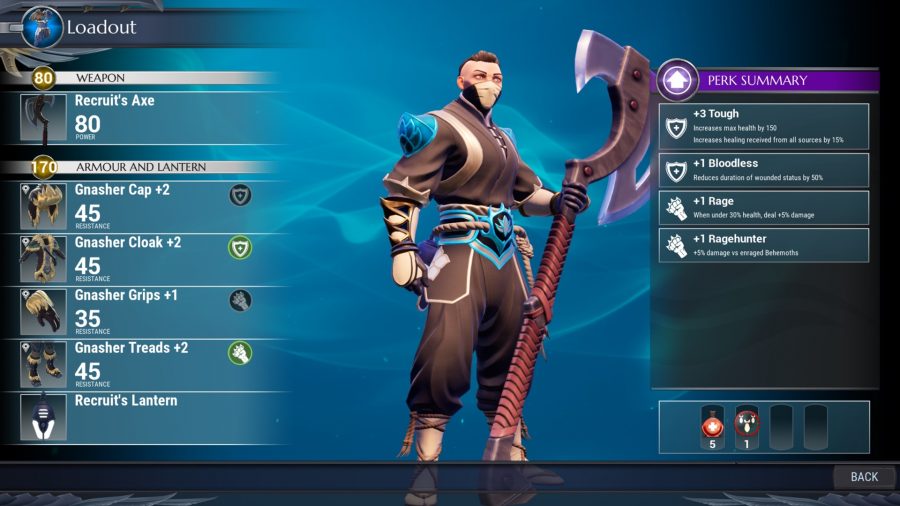 This Dauntless weapon is no mere throwing axe and is larger than your average Slayer. As you can probably glean from the size, it’s big on damage but takes an age to swing. If you use this, you’ll need to have a fine eye for anticipation and some patience, as you’ll only have a few opportunities to strike.

Don’t be put off though, as the axe can also be charged up to deal more significant damage. So, get that timing down and those Behemoths won’t know what hit ’em. Another nifty quirk of the axe is, like the Sword, it proves to be quite good at severing Behemoth tails, which grants you additional crafting materials.

The axe can also prove useful at a distance thanks to its starter special attack Flight of Ruin. This move allows you to throw the axe forward and deal a considerable amount of damage to anyone in its way. Don’t worry if you miss, hit your special button again and it’ll come hurtling back. 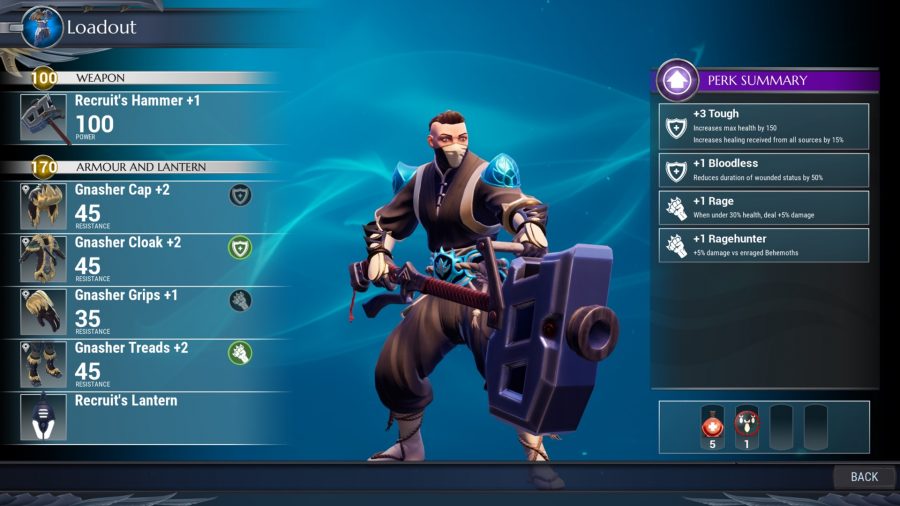 This Dauntless weapon type is similar in size to the axe and shares its lengthy windup time, too. The hammer deals a large amount of damage at the expense of movement speed. It also excels in breaking down Behemoth parts and staggering foes.

One thing you’ll want to keep in mind if you’re weighing up whether to choose the hammer or the axe, is that hammer can’t sever Behemoth tails. If you’re after real damage though, then the hammer is a fine choice. Do keep an eye on your stamina, though, as this heavy weapon has a nasty habit of depleting it before you know it.

Thanks to this weapon’s starter special – Concussive Salvo – you can score a guaranteed concussion on Behemoths, too. It’s a handy ability to have in your back pocket as it’ll allow you to tap into one of the unique quirks of this weapon more readily. 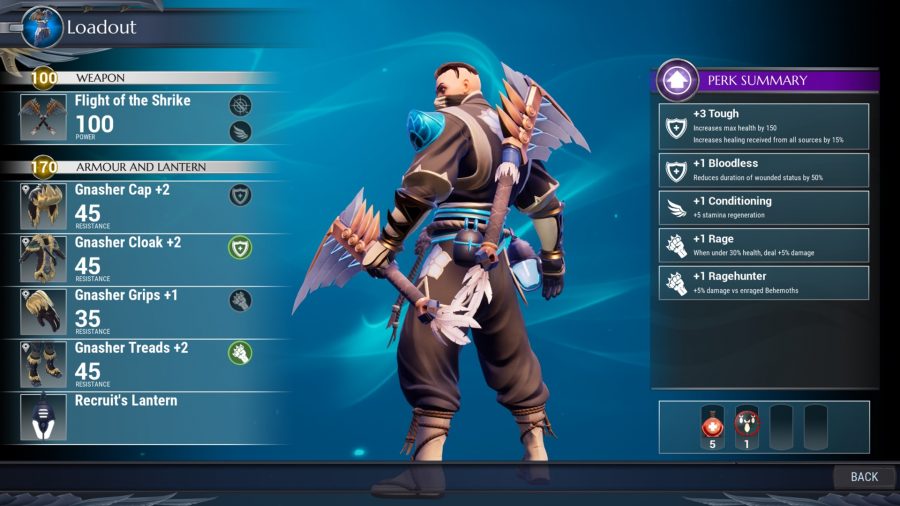 The Chain Blades are arguably the quickest Dauntless weapon you can get your hands on. Use them with a degree with caution, however, as spamming the attack button opens yourself up to getting flattened by a Behemoth.

While these dual-wield weapons are typically close quarter arms, they do come with a degree of flexibility. You can attack from afar with a couple of the attacking combos, plus the high mobility allows you to make up any distance in a flash.

The starter special Reaper’s Dance embodies that flexibility, too. If you use it close to a Behemoth you’ll push yourself away from it while dealing damage, use it when you’re far away and you’ll pull yourself in closer. 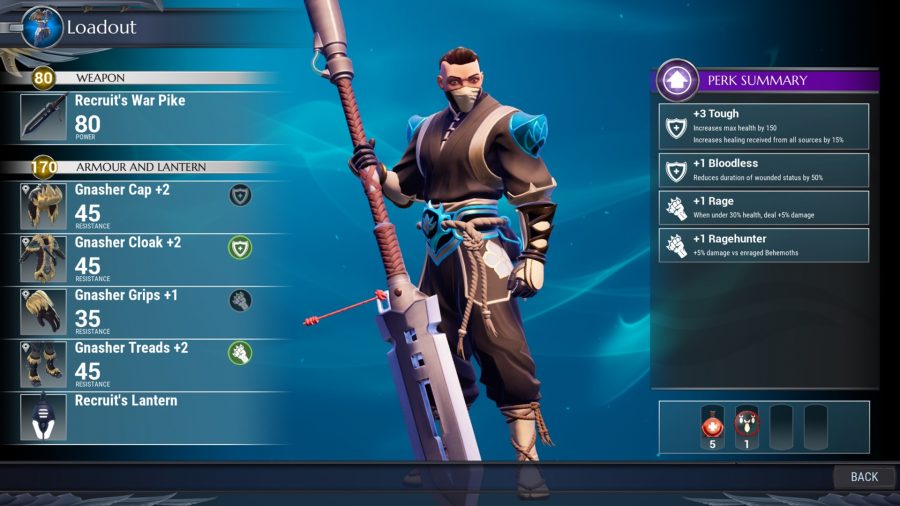 The war pike is a wonderful blend of attacking characteristics – it’s as big as an axe, but is nearly as swift as a sword. As a result, it has a nicely balanced attack pattern that you’ll quickly fall into rhythm with.

The war pike comes with two standard attacks you can choose from. Piercing attacks allow you to uncover a Behemoth’s weak spot for you and your team to exploit, while harvesting attacks can be used to sever the monster’s parts for more rewards.

Your starter special – Concussive Payload – also comes in handy while you’re learning the game, as it allows you to turn your ammo into a missile that damages and staggers oncoming Behemoths. It can do just the trick when it comes to needing a second for a breather. 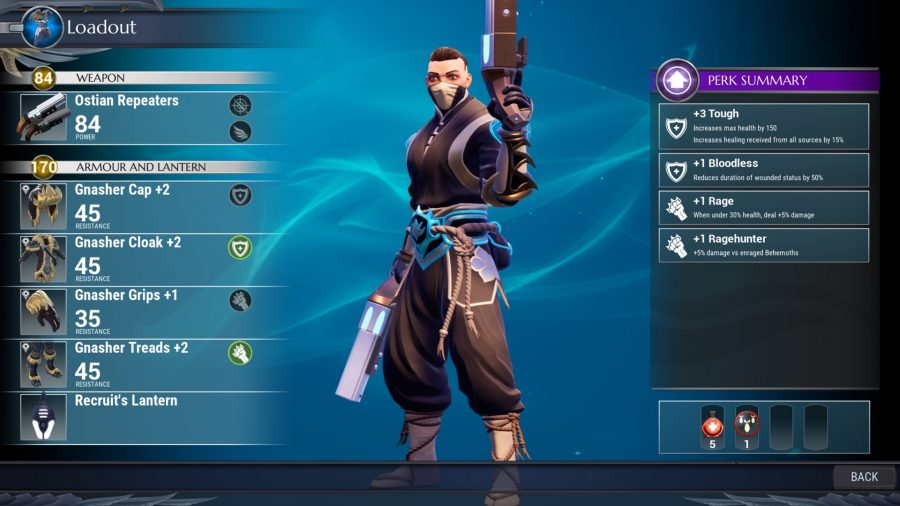 You won’t gain access to these right away, but stay with Dauntless, and you’ll be able to bring a gun on your monster hunts. The Ostian Repeaters are the only fully ranged weapons in the game, and allow you to strike a balance between offensive and defensive play.

You can also install different parts to your weapons, meaning that you can tailor a build to a specific Behemoth fight. If you know that a particular monster belongs to the frost element, for example, install a part that’ll allow you to deal fire damage.

One thing you’ll need to do without, sadly, is special attacks as this weapon doesn’t come with any.

And there you have it. Each Dauntless weapon explained in full – alongside some of our thoughts on the best weapons to start your Behemoth slaying journey with. Inevitably the best solution is to pick a few up and have a play around with them, but you do so at the expense of crafting materials. For that reason, we hope this guide helps you decide which Dauntless weapon to start with.