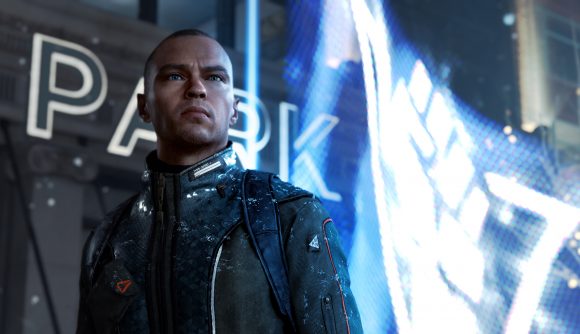 The future of gaming graphics is “all about lighting” according to Quantic Dream founder David Cage. While the world looks beyond the scope of 4K – the bigger is better mentality – the Heavy Rain developer doesn’t see gaming graphics following TV’s lead. Instead it falls on lighting, and real-time ray tracing, to push graphics into the realm of photorealism and depth.

Talking to Gamespot (via VideoGamesChronicle), Cage discussed the studio’s work on Detroit: Become Human and the developments in engine technology since the title’s release in May, 2018. Quantic Dream reportedly has “about 50 engineers working full-time on the tech” behind its games, and one particular technology that has caught the developer’s eye is real-time ray tracing, which entered the mainstream with Nvidia’s RTX 20-series and the Turing architecture towards the end of 2018.

“I think that lighting is going to be a key thing,” Cage says to Gamespot. “There is this new technology called “ray tracing” that we talk a lot about these days. I think this is going to be interesting because it will allow to improve reflections, lighting, shadows. And I think that’s a big deal. For years, I mean, the amount of polygons you could display was key, then it became the shaders and then textures, and now I think it’s all about the lighting, and the more subtle and nuanced the lighting will be, the better the image will be.

Nvidia has been pushing its own real-time ray tracing implementation, built upon the foundations laid out by Microsoft’s DirectX Raytracing, called RTX since last year. This graphics suites has now gained some considerable traction in the triple-A market after a slow start, with titles such as Call of Duty: Modern Warfare, Cyberpunk 2077, and the newly-released Wolfenstein: Youngblood.

AMD is similarly planning on a hardware solution to real-time ray tracing with its second generation of the AMD RDNA architecture. Current RX 5700-series cards are not hardware accelerated for this task, yet the AMD graphics and processing tech within the next-gen Playstation and Project Scarlett will be capable of this functionality.

Quantic Dream is no longer limited to Playstation exclusivity, however, with many of its popular titles, including Heavy Rain, Beyond: Two Souls, and Detroit: Become Human, receiving Windows PC releases recently. This also opens the studio up to a far broader span of graphics hardware.

Quantic Dream’s next title is yet to be announced, and the studio most recently made headlines back in 2018 due to reports of toxicity in the workplace from a trio of French media: Monde, Mediapart, and Canard PC. Cage denies the allegations.