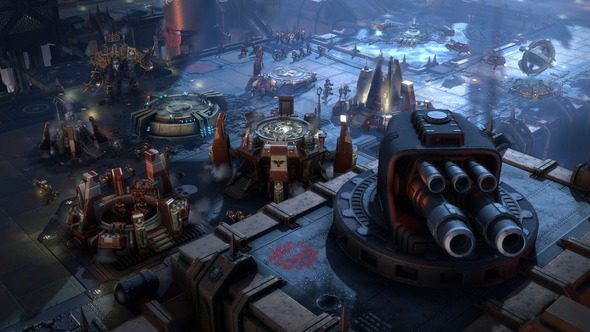 When it comes to a universe like Warhammer 40,000, there’s always something the fans want that game developers haven’t gotten around to yet. Modding helps with that, and Relic don’t want Dawn of War 3 to be any different.

As for how it plays, check our Dawn of War 3 multiplayer preview and video.

“Modding has always been important to Relic, it’s one of the reasons Dawn of War 1 and 2 are still played today,” says game director Philippe Bouille. “There’s things like the Ultimate Apocalypse mod, the Elite mod, the Wrath of the Blood Ravens mod. Very impressive mod work has been done and we definitely want to continue to support that.”

Steam makes it far easier than it has ever been, and Dawn of War 3 plans to follow in the footsteps of Total War: Warhammer can get on there. “We will work with some modding support, some workshop integration and so on, and hope to expand that post-launch.”

Asked specifically about what would be ready for release day – April 27, in case you missed it – Bouille says that “the current plan is to launch with a level editor.” Likely it won’t come alone if things go swimmingly, or won’t come at launch if they don’t, but it’ll be a huge boon to the multiplayer side of the game.