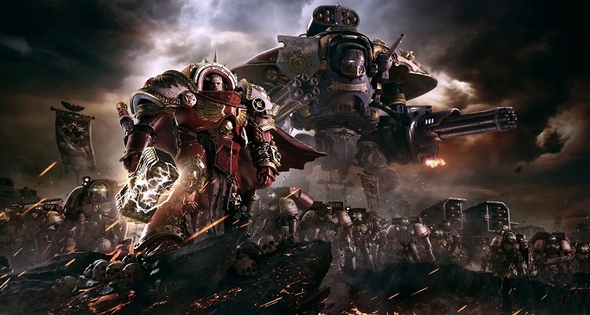 Warhammer 40,000: Dawn of War III, the latest entry in Relic’s iconic RTS series, is just a few weeks away from release. Step into a brutal conflict between three warring factions – Space Marines, Orks and Eldar – and return to battle on an epic scale.

As well as a massive single-player campaign, Dawn of War III is bringing you intense multiplayer combat. Forge new alliances, or turn the tables on your ‘friends’, in explosive, chaotic and competitive maps. Team up online or go against the AI and best your opponents in 1v1, 2v2, and 3v3 matches!

The Dawn of War III multiplayer beta will run from 18:00 BST April 7 to 18:00 BST April 10. The beta will include a range of different maps, modes and other game content to try – click herefor an overview of what’s included.

So how do you get your hands on a multiplayer beta key? All you need to do is enter via our widget below. Each action is worth one entry, so the more you do, the higher your chance of winning. We’ll also need your email, but not for anything fishy – we just need a way to contact you should you win a key! Keys will be sent out 10:30 BST April 8.