The butterfly effect, as we all know by now, is a principle established by the philosopher and chaos theorist Ashton Kutcher. A butterfly flaps its wings on one side of the globe, some suburban kids have bad childhoods on the other. Groundbreaking movie.

But let’s take that philosophical theory and replace the movement of an insect’s wings with consumer behaviour circa March 2011. In an alternate reality that we’re realising with the force of our combined imaginations, THQ’s Homefront was quite good. Not stellar, you understand – just a decent shooter, up there with the medium-good Call of Dutys. The kind of game that hoovers up review scores in the low to mid 80s, hangs about in the charts for a while, then fades from memory.

In that other dimension, THQ’s share price doesn’t drop 27% in the immediate aftermath of Homefront’s release. Despite making a massive investment in the game, its financials are stable because the metascore of 81 is leading to decent sales. And that means there’s way less pressure on Homefront’s stablemate, uDraw.

uDraw. Console tablet. Destroyer of companies. Back in the real world, THQ’s president Jason Rubin called it a “massive mistake” which contributed to the publisher’s bankruptcy. But in alternate-land, THQ eats the loss uDraw makes using all those Homefront bucks. It doesn’t have to file for Chapter 11 in November 2012 after a long and sad period of studio closures, letting licences go, and fundraising initiatives like partnering with Humble Bundle. 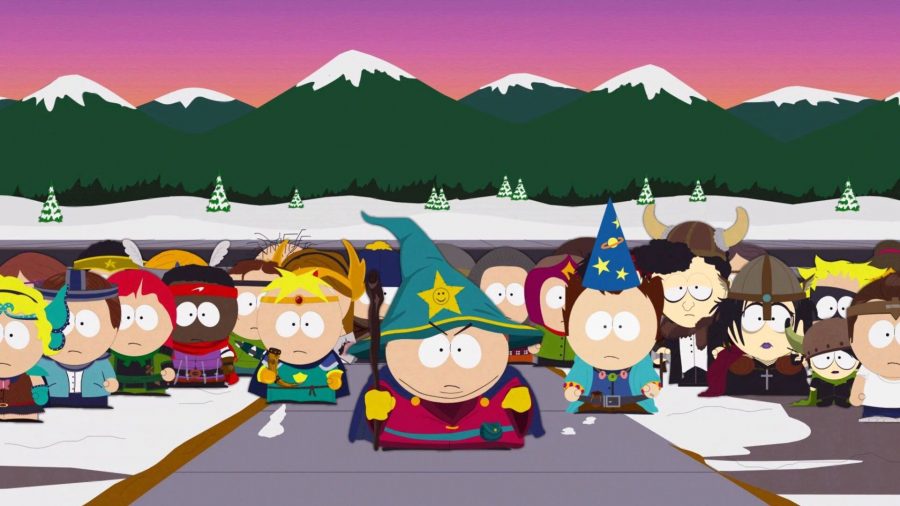 And that means it keeps a tidy little bundle of games, already in development, that are destined for quite-goodness.

Nobody gave much credence to it before release, despite the fact it was an Obsidian RPG, and that Matt Stone and Trey Parker were heavily involved from writing to voicing.

The distinct lack of fucks given remained level after Ubisoft’s acquisition of the title, riiiiight up to release. Upon which we all discovered it had secretly made an absolutely brilliant turn-based RPG that lampooned and exemplified the genre all at once. Hooray!

But in the background, it was a legal nightmare to get the game out to market. South Park Digital contested THQ’s rights to sell the IP, and it took months to finally transfer the title over to Ubisoft for $3.2m. 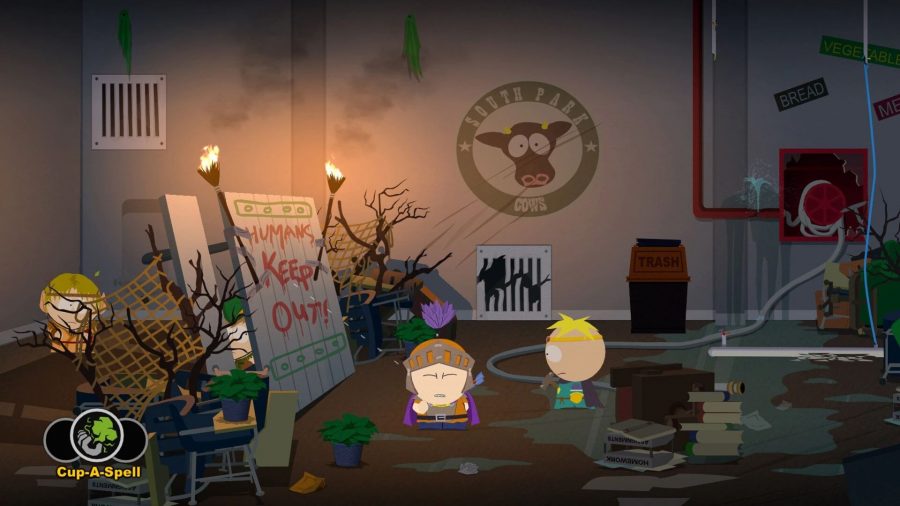 Three weeks after acquiring the rights, Ubisoft decided it needed to delay The Stick Of Truth by six months, tempering the original vision Stone and Parker had to make something more like Skryim on the grounds it would take too much time and money to produce.

Too much time and money later, South Park Meets Skyrim hits virtual storefronts. Stone and Parker’s original vision remains intact, and they take either full credit – or full blame – for its commercial and critical performance.

Turtle Rock struggled to find a publisher for its unusual hunting-sim-meets-multiplayer-action-game proposal, despite its name carrying weight as creative collaborators behind Valve’s Left 4 Dead and Counter-Strike Source. By the time it piqued THQ’s interest, the publisher was already in financial difficulty. 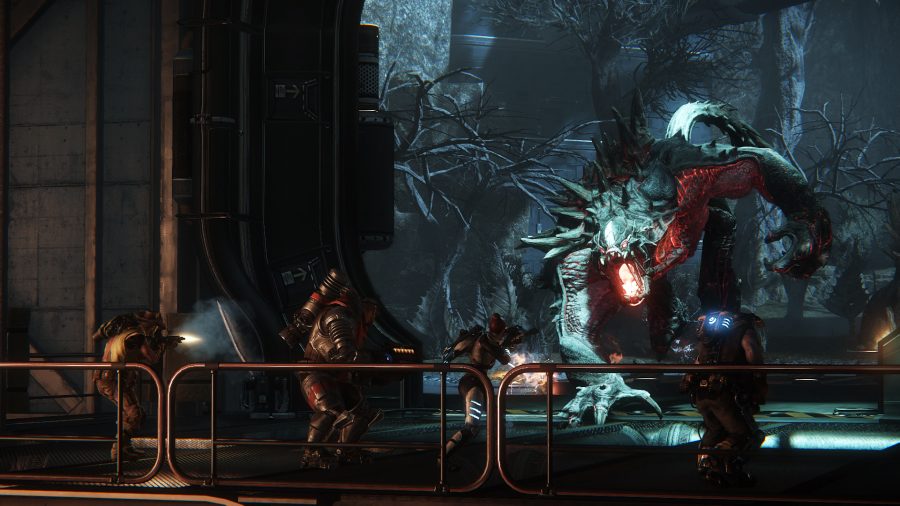 After THQ’s bankruptcy, Turtle Rock acted on Jason Rubin’s suggestion and bid $250,000 to publish the game itself. It was significantly outbid by 2K however, whose $11m bid won out.

Originally intended to release in 2014 while under THQ’s stewardship, Evolve was delayed to allow more polish once 2K took it on. The result was a commercial and critical disappointment – not a bad game, let’s remember, but one that couldn’t quite bring all its interesting ideas together in a gameplay loop you’d want to do over and over again with friends. Its PC metascore currently sits at 77.

I know the writing’s on the wall here. Evolve would have either released in 2014 without the polish we got IRL, or THQ would have delayed it too and it would have been largely the same game we got. 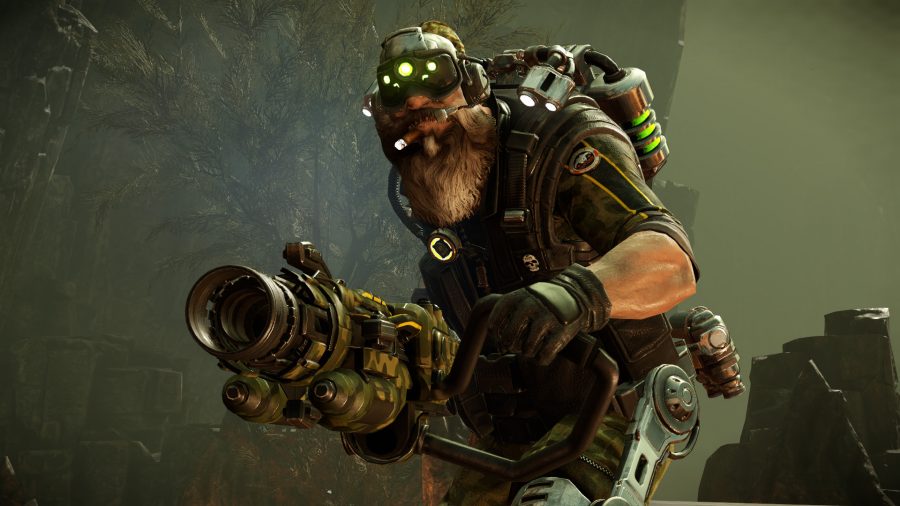 But can we just once use our imaginations to make a better reality, in which all the developers’ struggles, and all its bravery in bringing a genuinely new idea to market, were actually rewarded? Yes? It’s agreed then. In alternate-land, Evolve’s metascore is 98.

Oh, here it is, look. Dawn of War III. Where have you been? In a queue of some sort, no doubt.

Relic took its sweet time with this one. One could hardly blame the creatives within it, actually – Dawn of War II’s expansions did rather well, and at some point the studio must have pondered the Sims 2 model. I wonder how close we came to Dawn of War II: Ikea Stuff.

In alternate-land, Evolve’s metascore is 98

Perhaps we’ll never know. Anyway, this one was auctioned off to Sega long before it was even announced. And the benefit of developing before announcement is that you can make massive, sweeping changes to the vital aspects of a game without having to manage or adjust anyone’s expectations, control any messages, or explain yourself. 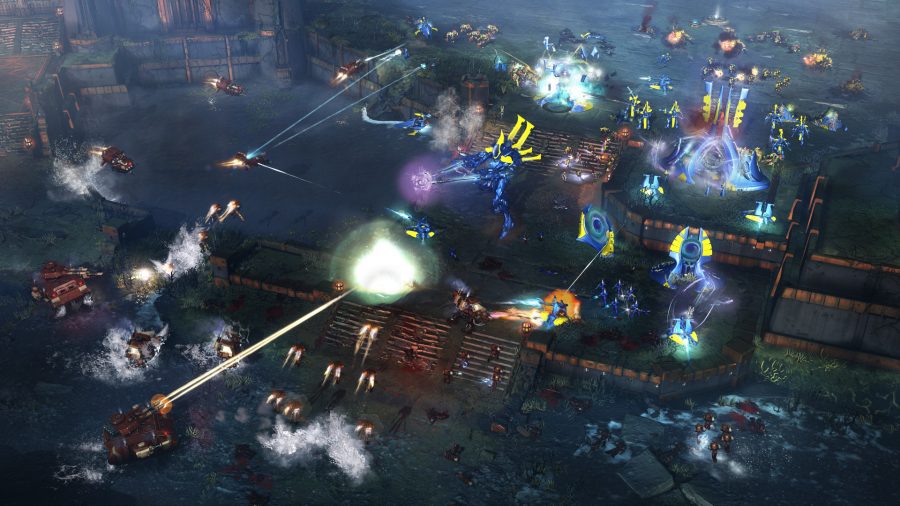 Using this massive leap of logic, then, one could surmise that Sega shaped Dawn of War III just as much, if not more, than THQ, between the transfer of its rights in 2012 and its eventual release in 2017. That’s a long time. It may have existed only as a series of design docs and scribbles of Ork Boyz for a fair proportion of that period.

It found some critical success – we were quite kind to it in our Dawn of War 3 review – but poorer sales than expected, which led Relic to ditch plans for expansions. The studio’s currently working on Age of Empires IV.

This one’s a really fun crystal ball to gaze into, because anything could’ve happened to Dawn of War III between 2012 and 2017. That’s enough time to re-spec it as a battle royale, let alone a wildly different kind of RTS.

One of the boldest creative decisions was to absorb a little MOBA-ness as the last-hit-’em-up rose in popularity during development. Would Dawn of War III have found more enduring multiplayer appeal by sticking more rigidly to RTS playstyles of old – you know, whack 500 tanks in the build queue, wait, win? 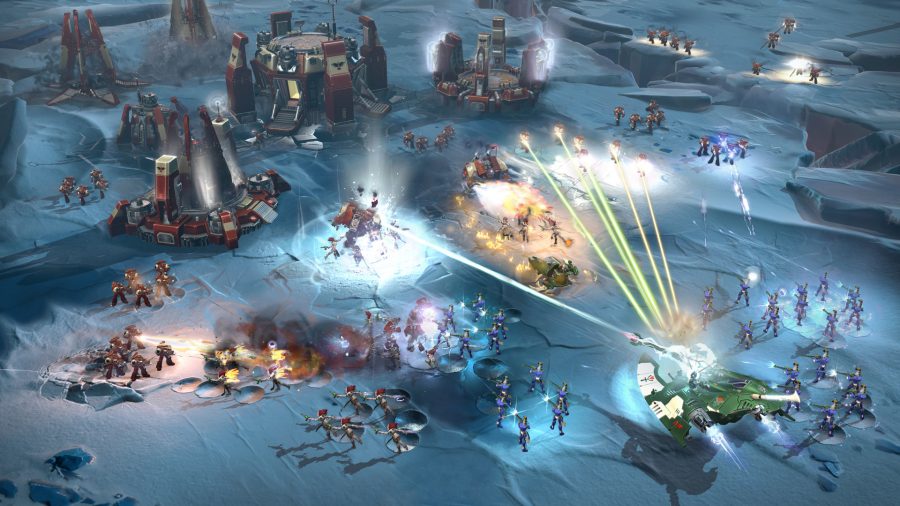 Or, might THQ have encouraged Relic to lean even further into the MOBA angle? Perhaps Dawn of War III could have cut it with, well, if not Dota 2 and LoL, then at least Smite and Heroes of the Storm?

THQ’s bankruptcy represents the biggest industry shakeup in IP ownership we’ve seen for decades. Beyond the games whose publisher ownership changed during development, there must also have been exciting, dangerous, risky projects the publisher was about to greenlight, or at least listening to pitches for. Maybe some of those were picked up elsewhere, but maybe they simply never saw the light of day. It didn’t look like anyone else was willing to take a punt on Evolve, after all.