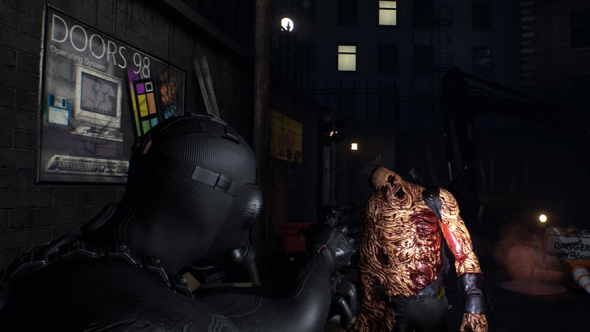 Look up the dictionary definition of ‘bittersweet’ and you’ll find a description of the moment Invader Studios picked up the phone to Capcom.

On the one hand, clutching the handset in their office outside Rome, they were suddenly talking to their idols – the company that had developed Resident Evil 2 and shaped their childhoods.

On the other, it was the call every independent enthusiast behind an unapproved remake dreads: the one that says the project they’ve been slaving over has to stop. In Invader Studios’ case, it meant an end to the Unreal Engine 4 upgrade of Resi 2 they’d been working on three other projects to pay for.

“It was a strange moment,” remembers co-founder, PR and business developer Michele Giannone. “Not really a sad moment. The positive of the feeling was that they didn’t choose a legal cease and desist, but an invitation.”

The Invader Studios team were invited to go and see Capcom in Osaka. It wasn’t Giannone’s first time – he’d visited the publisher’s imposing building once before as a journalist to cover Resident Evil 6 – but this was different.

“Capcom were really polite and kind with us, from a professional point of view, not just from a personal point of view,” he says. “It was a great honour and experience. They asked our opinion about the official remake and Resident Evil 7.”

The way Giannone tells it, Invader Studios achieved everything they’d set out to with Resident Evil 2 Reborn. They built a community, garnering a million views of their first in-game trailer in July last year. And they won the attention of the company who had inspired them to make games in the first place.

What’s more, Invader Studios were among the first to know that Resident Evil 7 would be a radical reinvention of the series’ precepts – taking the game into intimate first-person. The Italian studio had an early glimpse of the future of survival horror – months before this year’s E3 reveal – and could see their place within it. 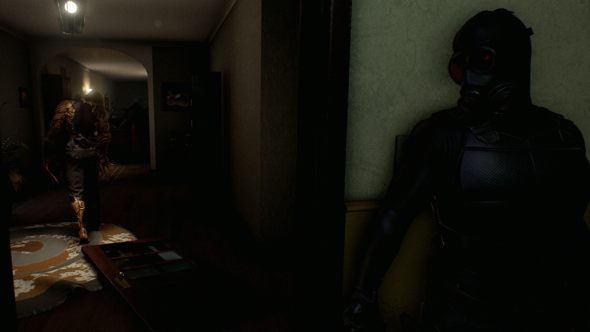 “Resident Evil 7’s first-person was a surprise,” recalls Giannone. “But now is the moment of first-person survival horror: PT and Outlast and a lot of titles from indie studios. A third-person game can probably find more fans.”

So Invader Studios have doubled down on the lessons of Resident Evil 2 Reborn – starting again with a third-person game that speaks a familiar, nostalgic language of creeping horror and careful resource management. If you’re of the same generation as Giannone, you’ve perhaps already noticed that Daymare’s subtitle, 1998, is the year Resi 2 came out.

“We are a young studio, so we grew up in the ‘90s,” he explains. “We thought they were great years for horror movies and videogames. It’s about the mood, but also the location. The ‘90s American towns are really full of atmosphere. We just want to bring something nostalgic, and present something for the new generation.”

Invader Studios aren’t interested in recreating the ‘90s with all its flaws preserved, however. Even while working on Reborn, they made the somewhat-controversial choice to ditch tank controls for a more contemporary over-the-shoulder free camera – and they’ve adopted the same policy for Daymare. 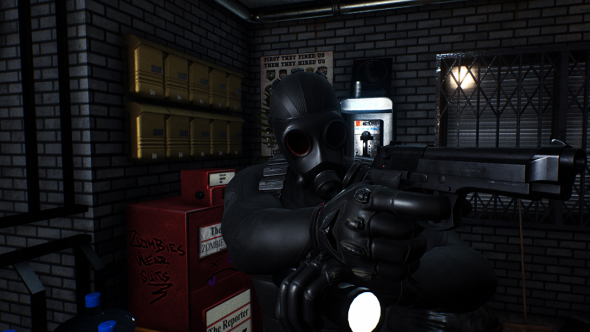 “The [early] Resident Evil games are masterpieces and landmarks, but they are also full of clichés,” Giannone notes.

“It’s an opportunity for which I am grateful and will work my fingers to the bone,” said Nakai when their collaboration was announced. “I want to create more terrifying creatures than I drew in the past.”

“He had a great style, great ideas,” adds Giannone. “He helped us on the enemies, the monsters and the infection. He helped us to define some ideas that we already had.”

The result seen in trailer footage so far is a moody period piece – replete with billboards advertising a Windows 98-alike operating system – that makes good use of Unreal Engine 4’s potential for light and shadow in high contrast, torch-lit urban environments. 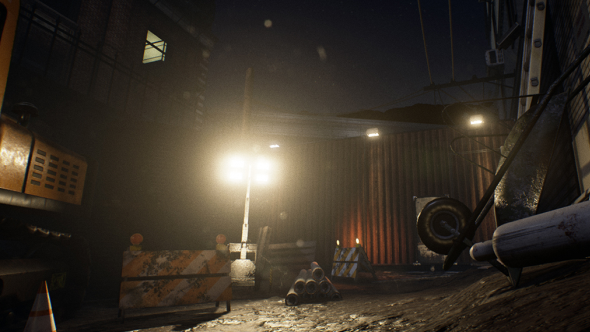 Invader Studios’ challenge, if they’re to succeed in bringing back the games of their childhoods, is to bridge the gap – introducing ‘90s mechanics in a way ‘00s players can understand.

“A lot of new generation players just want to kill everything,” Giannone laughs. “[But] we want this kind of approach to the game: there is one creature, and you have to find the right way to beat them using the environment, not just with a lot of ammunition. You have to understand, find clues and listen to what the environment is saying to you. This is probably the difference from other survival horrors: there is a logic to battling with a creature. It’s not a simple shooter.”

Daymare: 1998 is in development for PC. Unreal Engine 4 is now free.

In this sponsored series, we’re looking at how game developers are taking advantage of Unreal Engine 4 to create a new generation of PC games. With thanks to Epic Games and Invader Studios.