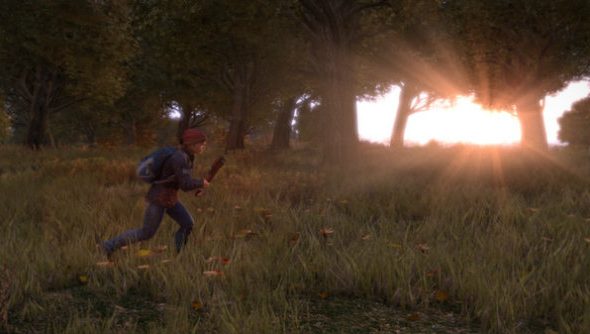 DayZ’s 0.60 experimental branch is now live for a select bunch of people who have opted in for pre-release builds. However, the developers have received some criticism due to the limited space available, prompting them to put out a response on the official forums.

In the mood for more freeform fun? Check out our list of PC’s best sandbox games.

Build 0.60 will eventually represent a massive, DirectX 11-enabled graphical overhaul for DayZ, which is why people are so excited for the experimental branch. However, this testing phase is primarily for the developers to test, allowing them to slowly bring more people on and stress the servers.

“This branch is by its own definition “unstable”. In simplest terms, the purpose of experimental branch is for the development team to experiment with builds in a larger userbase than our internal QA,” explains producer Brian Hicks on the forums. “Sometimes that results in us finding issues we cannot catch internally. Sometimes that means we can verify fixes on issues with very low [reproduction] rates. Sometimes the builds are very unstable

“The branch exists for load/volume/stress testing. Those who go through the process of manually opting into this branch ([it’s] not super visible – by design) and dealing with whatever issues the current build on it may have, get to sometimes see content and systems not quite ready for prime time. However, that does not mean that is the purpose of the branch. As the nature of the experimental branch is for the above mentioned testing methods – neither uptime, character data, nor stability is guaranteed.”

It makes sense that the team would want to keep this chaos contained. There have also been questions raised over streamers getting priority access to the builds, but the reason for this prioritisation is obvious: audience. If there is a large portion of streamers with access to the build, people who can’t get in can at least watch videos to see what’s coming when the stable branch is finally released.

Check out the full explanation over on the DayZ forums.