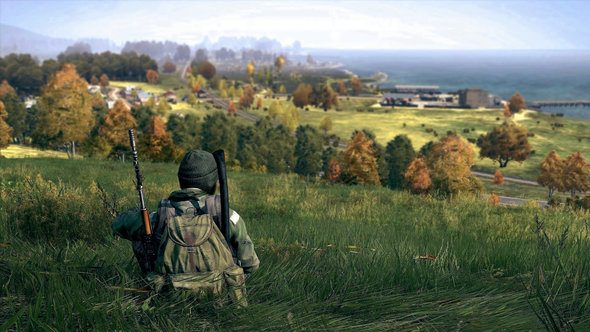 Over four years since it originally arrived as a mod for 2010’s Arma 2, DayZ will be going into beta soon with the upcoming 0.63 patch. Developers Bohemia Interactive revealed this week that while they still have a small team polishing off the 0.62 update, most of the team has now moved onto getting the 0.63 iteration ready which will finally see the seminal multiplayer survival game move out of the alpha stage.

For a decent DayZ alternative, check out our top picks from the genre.

Unfortunately, it may be a case of too little too late for Dayz. With competition from the likes of H1Z1’s King of the Hill mode and PlayerUnknown’s Battlegrounds regularly drawing in tens of thousands of daily players, it’s hard to imagine DayZ clawing back the superiority it once had on the genre. Basic gameplay issues with the interaction between players and zombies, as well as melee and armed combat issues, have dogged the title for years now. All of this has contributed to a steady decline in review scores on DayZ’s Steam page, leaving the game with a ‘mostly negative’ rating from the most recent 1,800 user reviews.

A lot of the DayZ’s issues stem from just how long it has been in open alpha for and this is what the move into beta hopes to address. Bohemia will be taking a hatchet to a lot of legacy code and systems that are now just relics of the title’s earlier versions. For the most part, this will alter the way your character handles weapons, aims, and engages in melee combat and that’s some pretty fundamental stuff. But will it be enough to give DayZ a new lease of life? I’m sure we’ll soon find out.

For a more detailed rundown of the features and updates coming in the beta version, you can check out the official DayZ blog post. DayZ is currently enjoying 15% off the retail price over at Steamwhere you can grab it for $29.74/£19.54.