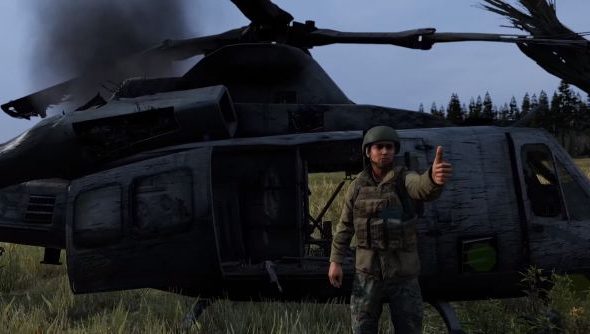 DayZ continues its endless charge forward into maybe, one day, somehow being released. The 0.60 build is on the way, and brings with it a big change to how in-game drops and economy work. Essentially, guns are now more randomised in how they appear in the world, sometimes coming with attachments or ammo, and it means loot should be more diverse, particularly in heavily traffic’d areas like military bases.

We declare DayZ, among others, one of the best zombie games on PC.

The video goes over all this, plus how they’re integrating this with new systems that will eventually be moddable on private servers:

Creating different zones that control what can drop where is a vital step on giving DayZ a bit more feeling of progression, rather than the crapshoot it can be now. It drives it forward past that pure sandbox feel towards something that has more standard ‘gamey’ elements. For some, that’s not what they want, hence the modding support.

There’s no ETA on the arrival of the patch, as the community team have been repeatedly telling people on Twitter. They won’t even give a rough estimate, but given they’re creating videos of it, I’d assume some time before the end of April.