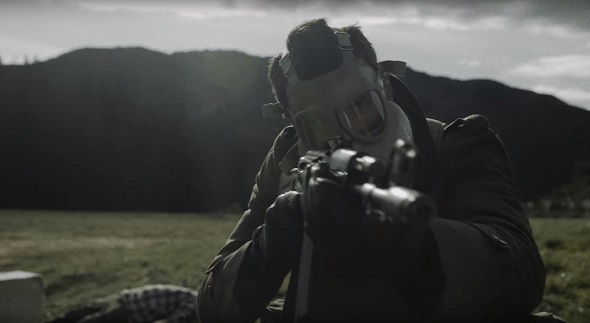 There’s a DayZ short film out now, and it’s a pointed reminder that life in the game is, as Hobbes once wrote, “nasty, brutish, and short.” You can watch it in full, above.

Find out why DayZ is on our list of the best survival games on the PC.

Called “DAYZ: End of the Road,” the seven-minute film depicts a chance encounter between two survivors, as one is replacing the tire on an SUV. But not everything is exactly as it seems, and the film, created by New Zealand filmmakers Fence Post Productions, is about the inherent tension involved when intentions are unclear.

“DayZ has always been a game that thrives off player generated content and we wanted to capture the realistic interaction that organically unfolds between players, allowing them to influence the DayZ story, their own lives and the lives of other players in a way no other game currently does,” said James Hope, who directed the film, in a press release.

Fence Post Productions has also worked on creating a Half-Life 3 fan film, and you can check their gravity gun screen test over at their YouTube channel.