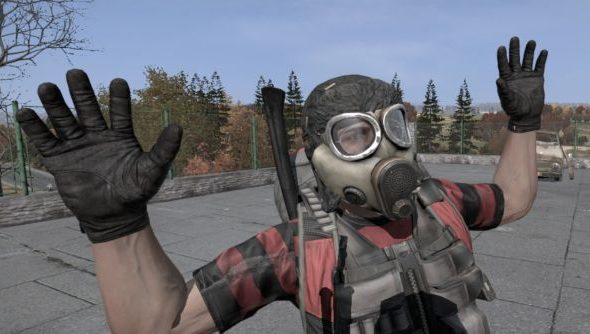 Would you eat another human being if you were in a zombie apocalypse? Zombie simulator, DayZ, now poses that question to its players. But the community was worried that this new feature might further promote the “kill on sight” mentality of DayZ.

The developers though are already working on that, by putting in some rather alarming consequences.

While eating cooked human flesh doesn’t have any adverse side effects (yet), eating it raw can give you a brain disease called “Kuru” (yep it’s a real disease). Symptoms include uncontrollable laughing, crying, shaking and eventually, death.

Youtuber WOBO dived into the experimental DayZ server to see what this Kuru actually entails:

I think it’s a pretty neat idea, although it still needs some work. What WOBO suggests would certainly help; adding a gun shake as a further progressive symptom. I also agree that merely cooking the human flesh shouldn’t completely devoid it of any consequences, merely reduce the chance of inheriting the disease.

What would you like to see added or changed?