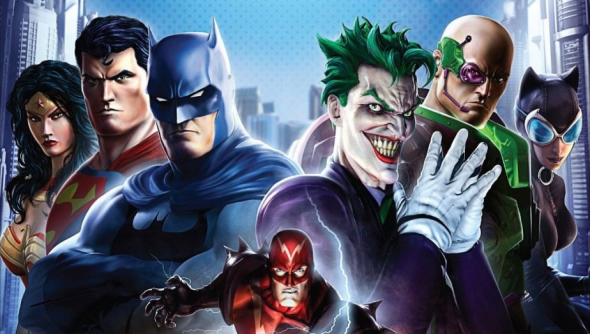 Like those who say a superhero (or villain) is nothing without their suit, they’re also nothing without a defining name for their ultimate persona. Well, Sony Online Entertainment are beginning an initiative to free up names on inactive accounts, allowing them to be used by active players.

If you haven’t logged in for a while and want to make sure your superheroes name stays intact, you’ll need to log into the game by January 20th.

If you’re anything like me, you can easily spend hours at a character creation screen, trying to find that perfect name. If it’s an RPG or MMO, It has to fit the character I’ve built in my head; I’ve yet to play Divinity: Original Sin, yet Steam says I’ve spent 2.5 hours in the game; every second of it trying to decide upon a name.

My own failings aside, SOE are going ahead with the DCUO Name Reclaim 2015: a service which will free up character names for all to use. “Finding just the right name for your character can be tough, especially in a game like DCUO where millions and millions of characters have already been created, locking up their millions of names.” empathised community manager Meeps. “It’s even more frustrating when the character with that perfect name you want hasn’t logged in in years or never even made it off of Brainiac’s ship. That’s where we come in.”

SOE will be “reclaiming” names from inactive accounts who haven’t logged into the game since July 20th, 2013, which will leave the characters intact, but rename them. Then a few days later, active players will be able to use those names through the character creation screen, or via the paid name change service.

You’ve got until January 20th if you want to save your aliases, so don’t wait too long! Check out this forum post for more informaiton.