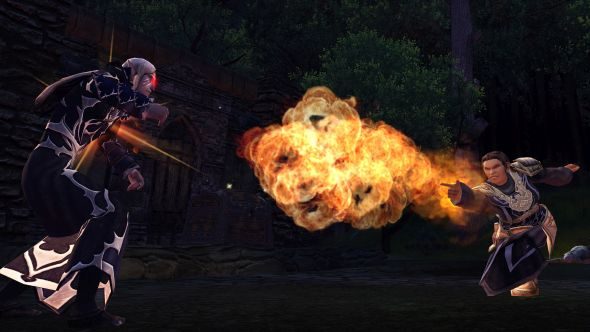 Original Story December 20, 2016: Turbine’s developers splintered off to form a new studio called Standing Stone Games, but then they came straight back and carried on their good work on DDO and LOTRO.

Unfortunately, it seems their resources don’t stretch to Asheron’s Call and Asheron’s Call 2, as they’ve been cancelled. The games will be free to play throughout December and January, but then they’re gone forever, so boot up now for your final goodbyes. You’ll need an account already, though.

Try our picks of the best MMOs, if you’re wanting some new ones.

“It is with a heavy heart that we must announce the end of our support for Asheron’s Call and Asheron’s Call 2, and will close both services on January 31, 2017,” says the official post. “This decision did not come easy, and we know this is disappointing for many of you.

“This game is a labor of love, and it’s not easy for us to bring it to an end. “We have had a phenomenally long run; one of the longest in the world of MMORPGs, and that in and of itself is a spectacular feat. We are proud of our legacy, and the entire Asheron’s Call team has been honoured to adventure with you for nearly twenty years. We thank you very much for being a part of it.”

If you have an account, you have until January 31 to say farewell.

Original Story December 20, 2016: Well, this is a first. The development teams of DDO and LOTRO previously at Turbine Studios have up and left, forming a new squad called Standing Stones Games. Publishing rights have also been transferred, ending up at former-SOE Daybreak Games. The whole split seems to be rather amicable, with an announcement made and the teams getting straight down to business on developing new content for two of the oldest MMOs still hanging around.

The announcement post, as made on the DDO and LOTRO sites, mentions that nothing should change for players – the same people are working on the games, and there shouldn’t be any service disruptions. “Development continues on track, and the plans we have already announced remain firmly in our future view” explains Rob Ciccolini, executive producer.

Presumably, Standing Stone have plans to work on some other games too. Turbine, meanwhile, are still working on a mobile title based on Game of Thrones called Conquest. This comes after Turbine laid off an unspecified number of staff in July of this year as it transitioned into a fully F2P, mobile developer. It’s been a fairly troubled time at the studio ever since the closure of DC-based MOBA Infinite Crisis in 2014.