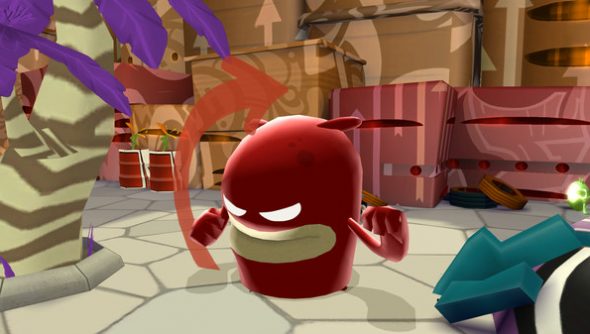 It’s been nine years since its original release, but de Blob is finally out on PC. It launched on the Wii back in 2009, gathering generally positive reviews for its unique take on the 3D platformer.

Check our list of the best old games for more blasts from the past.

There’s something compulsive about colouring things in, isn’t there? That moment when every last flash of paper is filled in and the thing pops to life. Hell, it’s what made open-world WW2 game The Saboteur bearable.

Well, de Blob looks to tap into that bit of the brain – the part that just won’t accept any un-coloured paper showing through.

The PC port was handled by Blitworks, the team responsible for the PC version of Fez, so it’s in good hands.