Dead Cells‘ second paid DLC has arrived, bringing with it a flying sword friend and a charming new animated short to introduce us all to the new biomes and characters arriving in this update. You’ll laugh, you’ll cry, you’ll want to play the new Fatal Falls DLC.

The clip begins with our hero, The Beheaded, frolicking (and murdering) through the sunlit countryside with his new friend, a little grub wearing a cute bow. This idyllic situation is short-lived, unfortunately, as the grub jumps onto a mushroom cap that also happens to be a landmine. The Beheaded is heartbroken, and can’t even find joy in slicing up the enemy mooks who assault him as he trudges along. He doesn’t even notice the arrival of a curious onlooker, a little sword with bat wings that develops a massive crush on him.

That’s until The Beheaded comes across the one responsible for planting the explosive mushrooms: our new nemesis, The Scarecrow. Realising he needs assistance, The Beheaded finally acknowledges the loyal little bat-sword. 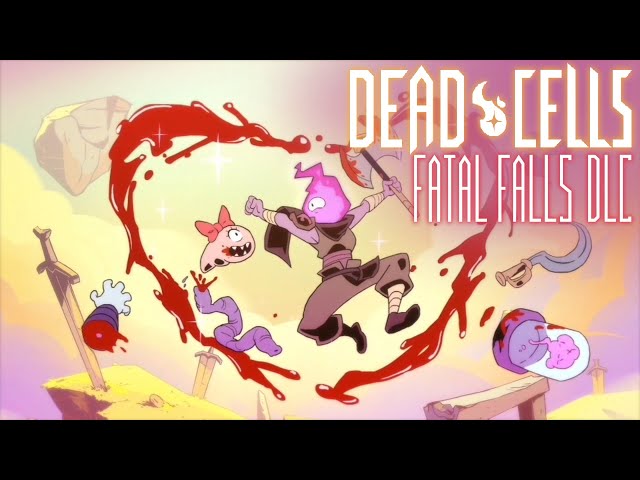 Fatal Falls is out now on Steam, and it’s available for $4.99 USD / £4.49 – not bad for a DLC that’s packed with a “significant amount of new content” that includes new biomes, the new boss, new weapons, and much more. Dead Cells developer Motion Twin is also running a 50% off sale on the base game, too, so it’s the perfect time to pick up the smash hit indie game if you haven’t checked it out yet.