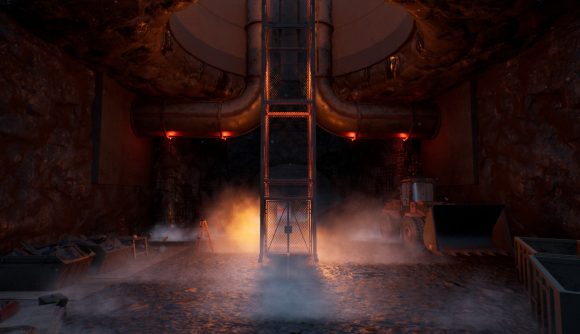 Dead Matter, an indie survival game set in the wilds of Alberta, was meant to be in closed alpha today, with backers of the crowd-funded project set to receive keys last night. That hasn’t happened, though – a crashed website has meant eager fans are still awaiting their codes for the alpha, and the developers haven’t been particularly forthcoming about what’s happening next.

As we’ve reported, Dead Matter is a multiplayer survival game that has you setting off in a zombie-infested version of Alberta, Canada. The idea is roughly to marry the weapon and inventory granularity of Escape from Tarkov with the complex and freeform survival mechanics of something like Project Zomboid. It’s an undeniably ambitious project, particularly for a small team of indie developers.

After multiple rounds of crowdfunding, that developer, Qi Software, set up a website meant to work as a portal for claiming alpha access codes if you’d backed the project. Backers could register on the site using the same email they had pledged with, and the plan was to allow them to redeem their keys when alpha access went live.

That was supposed to happen last night, at the conclusion of a weeks-long countdown. But when users started trying to log in to claim their codes, the Qi Software website quickly buckled under the influx of traffic. It currently returns a bad gateway error.

“Stop pressing F5”, the developers tweeted at one point.

Irritated fans are voicing their frustration on the Dead Matter subreddit, and unhelpfully there’s been very little communication from Qi Software about the current status of the website, or on an estimated wait for the expected alpha keys, now more than 12 hours after they were originally meant to go out.

On the official Discord, Dead Matter programmer ‘Yan’ has said the team is working hard on getting the site up and running again. “That was one hell of a night,” he wrote today at 10:13 EDT. “As you may have noticed, we’re still resolving the issues, although we’re close to being done.” He noted that the Discord server has been partially locked and that the studio is waiting for the Dead Matter Discord to receive a requested upgrade to accommodate more users.

“In any case, thanks for being so cool with us, we can’t wait to get the game in your hands and play with ya’ll,” he wrote.

We’ll have to wait a bit longer to see what Dead Matter has in store, it seems. In the meantime, there are plenty of zombie games to play to get your axe-swinging arm limbered up.