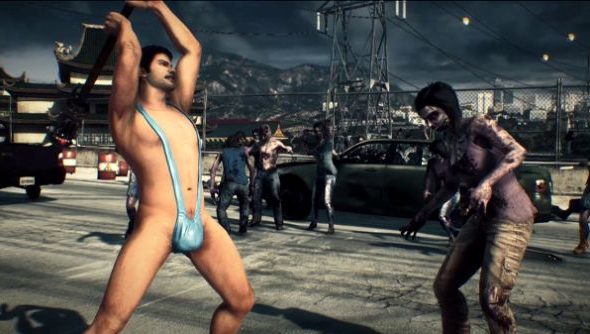 Dead Rising 3 arrives on PC in only a few weeks, and with it a number of big improvements over its console counterpart. You can expect full control over the graphics options, including native resolution and the ability to remove the 30FPS hardcap. The game will also feature mod support, allowing players mould the sandbox to their content.

“I think the best thing that [we] can do as a developer is to create an awesome gaming experience that people want to play.”

Speaking to Gamespot in an interview, producer Jon Airhart spilled the beans on the full suite of PC graphical options. “For PC, that meant we needed to go back and put extra work into optimizing the game for the full range of PC gaming hardware out on the market,” he said. Playing on the minimum requirements will still cap you at 30FPS, but players who can exceed that will have the option to turn off the cap.

The game will feature full official mod support too, unlike its predecessor which was only unofficially supported by the community. “Dead Rising is the ultimate sandbox, and if modders decide to turn their creative talents to DR3 (which I hope they do) the sky is the limit,” Airhart explained. “With combo vehicles, DR3 has blurred the lines between a vehicle and a weapon, so I expect to see an even wider variety of crazy creations.”

Dead Rising 3: Apocalypse Edition will contain every piece DLC offering new playable characters, new weapons, new vehicles and new costumes. Last but not least is the full integration with Steam, and with it support for trading cards, achievements and use of Steamworks for multiplayer. “If I choose to implement some kind of piracy protection, it has to be something that doesn’t detract from the experience. As a player, Steam is how I prefer to play my games, and it’s the platform we are using to release Dead Rising 3,” Airhart stated. “I think the best thing that I can do as a developer is to create an awesome gaming experience that people want to play.”

Dead Rising 3: Apocalypse Edition will be released on September 5th on Steam.