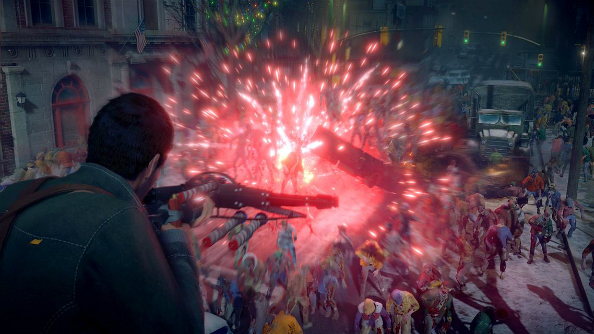 Frank West’s return to inventive crowd control methods came with a ‘holiday 2016’ release date when Microsoft revealed it during their E3 2016 Xbox conference, so we already had some idea of its ETA. We might have gained a more specific insight from the Xbox store however, when it briefly penned Dead Rising 4 for a December 4 release date before the Microsoft release date response unit evidently scrambled and brought it down again.

Like taking out your aggression on the braindead, do you? Try the best zombie games on PC.

The Xbox store has since updated Dead Rising 4’s release date to ‘coming soon,’ but not before people picked up on its earlier listing. December 4 certainly chimes with the ‘Holiday 2016’ Microsoft displayed at the end of the game’s trailer at the E3 conference.

Microsoft haven’t confirmed whether the release date’s correct or some kind of placeholder date that found its way into public accidentally, but it’s well within the realm of reason that this one would be correct.

There’s another thing to consider here on PC – will the game ship on all platforms simultaneously? We had to wait a year for Dead Rising 3 after its Xbox One launch, getting our mice and keyboards on it in September 2014. It wasn’t a great port, either – frame rates were very hard to stabilise.

However, Microsoft have since changed their strategy dramatically – read our Phil Spencer interview for more on that – so that now we get all Xbox One games on PC too. With much less focus on console exclusives, it’s far more likely that we’ll see Frank West on PC at the same time he arrives on Xbox.