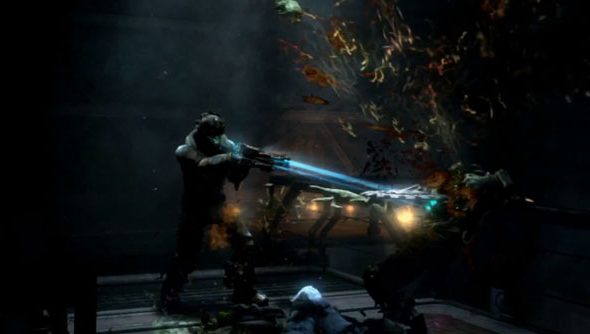 Extra resources used in Dead Space 3’s weapon crafting system will be purchasable via microtransactions, Eurogamer have discovered. Scrap parts and doohickies used to build guns can be picked up or acquired via scavenger bots in-game, but can also be bought using real-world cash in an integrated store.

“You can buy resources with real money, but scavenger bots can also give you the currency that you can use on the marketplace,” Dead Space 3 associate producer Yara Khoury explained to Eurogamer. “So you don’t have to spend [real world] dollars.”

Okay. But can we cough up for the very best weapons early in the game?

“No you can’t!”, said Khoury. “There are a lot of weapon parts that are only available to buy later in the game. Unless you’re playing through it again [on New Game Plus].”

I rather suspect access to Dead Space’s biggest guns will be restricted via found blueprints or something of that ilk. What do you reckon? Let’s keep those unpredictable knees tucked safely under those desks, thank you.