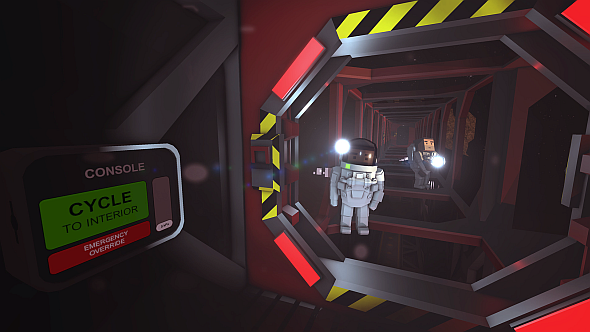 Dean ‘Rocket’ Hall is the original creator of DayZ, the zombie-themed survival mod for 2009’s Arma 2 that went on to spawn a host of imitators. Since controversially leaving the (still unfinished) standalone version of DayZ, Hall founded his own studio and announced, then cancelled, Ion, which would’ve been a survival MMO set in space.

Take a look at Hall’s progeny in the best survival games on PC.

His latest project, unveiled at EGX Rezzed at the weekend (and playable on the show floor, no less) is Stationeers, a first-person space station-construction simulator inspired by 2003’s Space Station 13. It’s listed (but not yet available) here on Steam early access, and is slated for a full release later this year.

So, from modding zombies and survival mechanics into a military sim, to a cancelled space MMO, to building space stations. An eclectic mix of genres, you might think, but it makes sense to Dean Hall.

“For me, they’re kind of all on the same theme,” says Hall, whose overriding interest has always been “survival at its core, particularly in how you, as a player, strategise your solutions to it, particularly with friends.

“When I look at a lot of games that have survival elements, they feel very binary to me in many ways – ‘what is thisdecision, what isthatdecision.'” Hall’s approach is more systems-based, more “elastic”, to use his word. Inspired by real science, Stationeers poses problems and enables players to find creative solutions.

Gesturing to the PCs where players have been tinkering in Stationeers since it was revealed yesterday, Hall says “we had a problem where someone ran out of propellant in the jetpack, and what we’ve done as a standard mechanism is to take your waste tank – which contains the carbon dioxide you’ve been breathing out – and use that as propellant, but he didn’t have enough CO2 in there, so what he actually did was he increased the pressure in his mask, filled it with two atmospheres of oxygen, then he took his oxygen tank and used that as propellant. So yes he was breathing carbon dioxide into his mask, but he had so much oxygen in there that he was OK, and that’s the elastic kind of survival we were going for.” 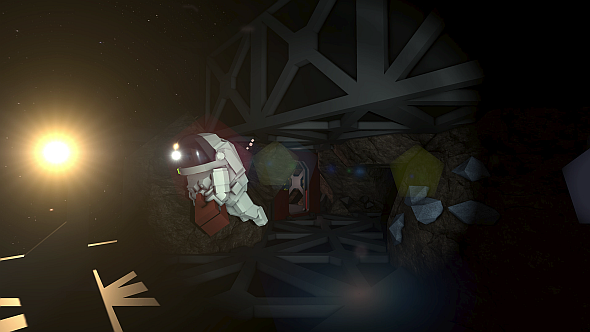 It’s worth pointing out that Hall and his team had to coach that player toward this solution, but it’s nonetheless impressive that they’ve built a survival game whose systems are deep enough to sustain this kind of creative problem-solving. He cites the movie The Martian, and its protagonist Mark Watney’s attempts to “science the shit out of” his situation so as to survive in a hostile environment. That story may directly inspire a scenario in Stationeers when it gets its full release.

Additionally, the game’sSteam pagetalks about science-based atmospherics systems, simulating temperature, pressure, combustion and gas mixtures. Quite a lot of this will sound familiar to anyone who followed Ion, in which the challenges were created by realistically modeled physics systems. Hall makes clear the differences: Stationeers is rethought from the ground up, it’s first-person, it has extensive modding support, and its social features are comparable to Minecraft in that anyone can host a session.

As for what it brings to the genre, Hall says “I do want to look at the more hardcore aspects of [survival], and how it relates to construction”. According to Stationeers’ Steam page, you’ll be able to build complex factories in space with machines, conveyors and computers, besides farming livestock and growing plants for food.

I ask if there’s anything he admires in the many, many games which have been inspired to add survival elements in the wake of DayZ’s success.

“Oh, a lot,” he says, citing H1Z1’s weather systems and its relatively hack-proof engine. “I was a huge fan of Ark,” he adds, “and I think Ark’s really crushed it in a lot of what I like about survival.” 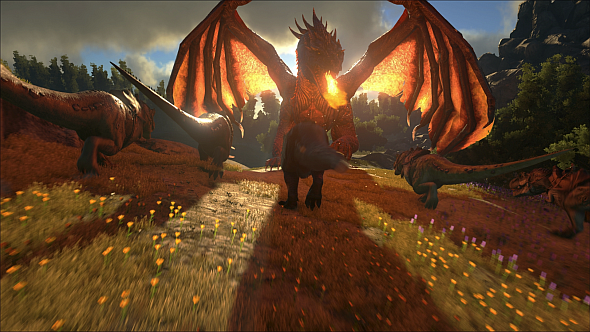 Nevertheless, he does list a few frustrations. “For me, the foundational mechanics of survival are what is most important – it’s your harvesting, collecting the base stuff at a base level, that is what survival is about. And it’s very easy to just turn that into a grind and focus on everything else.” When it comes to Ark, he feels there’s “a lot of focus on high-end content,” likely referring to the flashy dinosaur-taming and fortress-building systems that advanced users get to play with. “I wish it had more base mechanics,” he says. “So for example, when you harvest berries, it doesn’t matter what plant you go to, they’re all the same.”

Varied berries more interesting than taming dinosaurs – there’s a sign of a unique mind. I ask what he finds so compelling about survival when it’s done at this level of detail.

“I think it’s the emotions that come from it. I think we’re hard-wired to understand that, and if you can tap into that with a videogame, it’s giving you emotion for a really easy thing – so if you look at the Walking Dead, the Telltale series, they tapped into our sense of empathy and sympathy with the characters. If you can harness people’s instinctual responses to stuff, it’s very easy to get reactions out of people, and that’s what I think you’re doing with survival.”