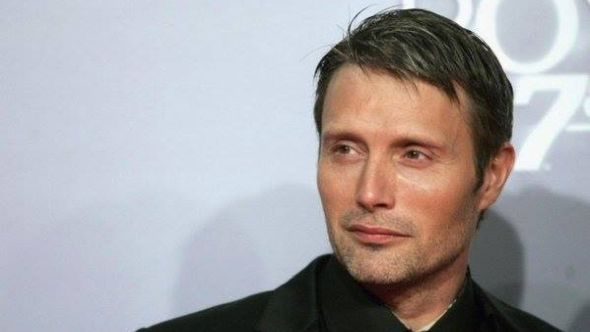 Alright, prepare to go deep into the rumour zone that only the works of Hideo Kojima can produce. Via an instagram post and a chance meeting, keen fans of the Japanese game director and his upcoming Death Stranding think they’ve figured out that Mads Mikkelsen, of eating people and hitting James Bond in the balls fame, will be a part of the cast.

Last time anyone got this excited, it was for the Kojima Productions logo.

The story begins with this tweet from the official English version of Kojima’s account, showing the recording rig that’s being used for the mocap of various actors.

The mysterious figure was never named. Normally, that tease would be the end of the story, butthis Instagram post popped up a little later, showing a fan with Mr. Mikkelsen – wearing a suspiciously similar top.

So far, so coincidental. However in the comments of the post user jmerskine1, who took the photo, says he met Mikkelsen in Sheffield, where he was doing some acting for a videogame, specifically a Japanese one. And thus, the internet explodes. Hashtag banter indeed.

There is some previous evidence that this is something Kojima would be into. At the start of the year he tweeted that Mikkelsen is his favourite actor. He’d certainly fit as a villain or mysterious character in the extremely weird world Kojima is clearly building.

Official comment is, naturally, lacking. NeoGAF posters are the onesdoing the sleuthing on this, and have also drawn connections between Kojima and Idris Elba. To put a little dose of reality in, it’s probably possible to draw connections between Kojima and anyone that’s ever been in anything a bit weird, 80s inspired or both, given his immense wealth, attendance at important parties and love of popular media. Also, lots of people wear vaguely the same colour of top.

But on the flip-side, that would be a hell of a cast.