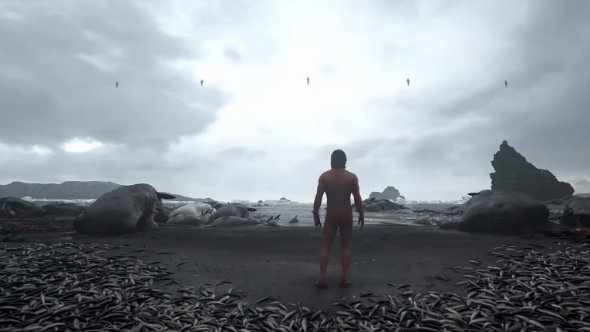 It looks like you might not be playing as Norman Reedus in Death Stranding after all, as developer Hideo Kojima has announced that the game will feature a female protagonist.

Keep up-to-date with all things videogames by checking out out upcoming PC games list.

Casting is still underway for this heroine, and it’s not currently clear whether you’ll be playing as the as-yet cast woman or Reedus. You could even be switching between the two. It could be co-op. This is Kojima, so who knows. We’re just going off what IGN reported from his Tokyo Games Show talk.

Apparently the game will show a different side to Reedus, an actor most people are familiar with because of his role as Daryl Dixon in The Walking Dead.

Kojima also clarified one burning question Reedus fans might have had about the creation of the teaser: was Norman Reedus completely naked?”No, he was wearing underwear, unfortunately,” Kojima said. “Unfortunately” – that’s just the best. If you haven’t seen the teaser, here you go:

Going deeper into Death Stranding – and possibly explaining all Kojima’s talk of ropes and sticks previously – Kojima says that, though it can be played solo, it will feature”a different kind of online play than anything we’ve seen before.”

Other than that, Kojima did hint at a release date, saying the game would be out before the year in which Japanese anime Akira is set. So expect it some time in 2018.