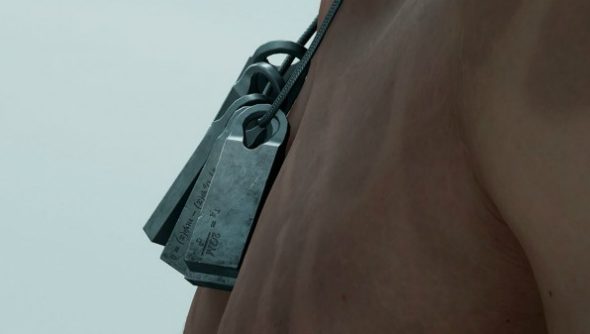 Ever keen on using social media to tease and tantalise his fanbase, Hideo Kojima has posted a number of cryptic details about his forthcoming release Death Stranding.

For games with more mystery than you can shake a dead fish at, try the best RPGs on PC.

When I say ‘cryptic’, I’m not over-egging things either. Seriously, I’ve read these tweets over and over, and trying to decipher them has given me the kind of cold sweats I haven’t had since I sat exams back at high school.

Delivered via nine seperate image based tweets, Kojima says Death Stranding may not be out yet (or even close to release), but “the game has already begun”.

He also goes on to claim the game offers a completely fresh style of gameplay and deserves to be in a “new genre” all of its own. “With technology advancing as far as it has, dividing games into genres like Action or RPG doesn’t sound too forward thinking,” he adds.

Here are the tweets in full. Get ready to start scrolling:

Hideo on some of the support we've been getting this far. pic.twitter.com/jyI0fr9syE

Part 3 of 9. Two and a half months. pic.twitter.com/VqBPHIPPuV

Part 4 of 9. Some of the new concepts for the game. pic.twitter.com/YH9VoMZ2FZ

Part 5 of 9. On what should and shouldn't be different. pic.twitter.com/MQ11oPNcz4

Part 6 of 9. On Kobo Abe, one of Hideo's favorite authors. pic.twitter.com/2AkJ0eHSLi

Part 7 of 9. On sticks and ropes. pic.twitter.com/RxgkNXOYRG

Part 8 of 9, how Kobo Abe's sticks and ropes are keywords. pic.twitter.com/BcLcWUnjRL

Part 9 of 9. When asked about what genre is the game. pic.twitter.com/QtZoGBsPta

Original article 16 June, 2016: Look, no-one’s saying Kojima has no idea what he’s doing but his latest reveal, Death Stranding, might as well be a perfume.

Granted, given the imagery of dead crabs, dead whales, oil slicks, male-pregnancy, cyber umbilicals and guilt, it’s probably not a fragrance you’d particularly want. His latest in a series of bizarre reveals for games that may or may not eventually appear is even lower on details than the infamous Joakim Mogren interviews for Moby Dick Studios’ next game The Phantom Pain.

Here we see Norman Reedus appear in his second project with Kojima, evidently undeterred by the collapse of Silent Hills/PT, getting into the deep end of a Dali painting and losing his kid.

In interviews since, Kojima has said that the game will be an action game that ‘will appeal to players of The Division and Uncharted 4’ but as yet does not have an engine for the game (and technical director Sony’s Mark Cerny) to run with.

There’s been some theory chat about equations on the stylish necklace Reedus is wearing, how they denote the radius of a black hole’s event horizon, and that Reedus could have come through a wormhole and the eventual game could be about time travel. But then again The Phantom Pain’s trailer also had a giant fiery whale swallowing a helicopter.

The first equation, the Schwarzchild equation (black child…oil handprints?) is about the event horizon, the other the Dirac equation is part of quantum physics and determining the state of a particle. Y’know, wormhole stuff.

Other than that it’s a very esoteric three-minute music video to appeal to the sort of cheeky breadcrumb-leaver Kojima has carved himself out to be in the industry. It’s backed by Icelandic band Low Roar’s I’ll Keep Coming, which Kojima also says is a theme:

“There’s a reference to the waves — how they come and keep coming,” Kojima told Polygon yesterday. “They’ll go away and they keep coming. I’ll also keep coming myself, my games, and what I want to do. And I want you to enjoy this, along with the players.”

Here’s what you need to know about Death Stranding: