If you walk into seemingly any corner shop in England and head to the refrigerators you’ll find rows upon rows of energy drinks. Vile cans with gaudy packaging and nonsensical extreme sports affiliates, loaded with so much sugar that even your teeth feel like they’re buzzing after a few gulps. One of the biggest brands is Monster, and you’ll recognise its logo – three vertical claw marks, often in neon green against a black background – in countless places outside of corner shops, including motorsports events, the UFC, and in esports. It’s also one of the only available beverages in the world of Death Stranding, and protagonist Sam Porter Bridges drinks gallons of it.

Given that the PS5-exclusive Death Stranding Director’s Cut ditches the Monster branding all together, it’d be nice to see an option on PC that lets us do the same.

There are cutscenes in Death Stranding that are punctuated by voyeuristic shots that linger on the glistening aluminium cans for what feels like an eternity. They’re so on the nose that it might be more subtle to have Billy Mays shouting “buy now!” from a pop-up message.

Surprisingly, in the years since the game’s initial launch this blatant piece of product placement has been forgiven. When EA slipped ads into UFC 4 it sent gamers into a frenzy, practically foaming at the mouth with rage, but when Kojima does it, it’s not a big deal.

It is. The fact that there are energy drinks in Death Stranding’s world could be written off as quirky, but when it’s a real-world brand, it feels too much like a capitalist shoehorn, and it tarnishes every scene they appear in. 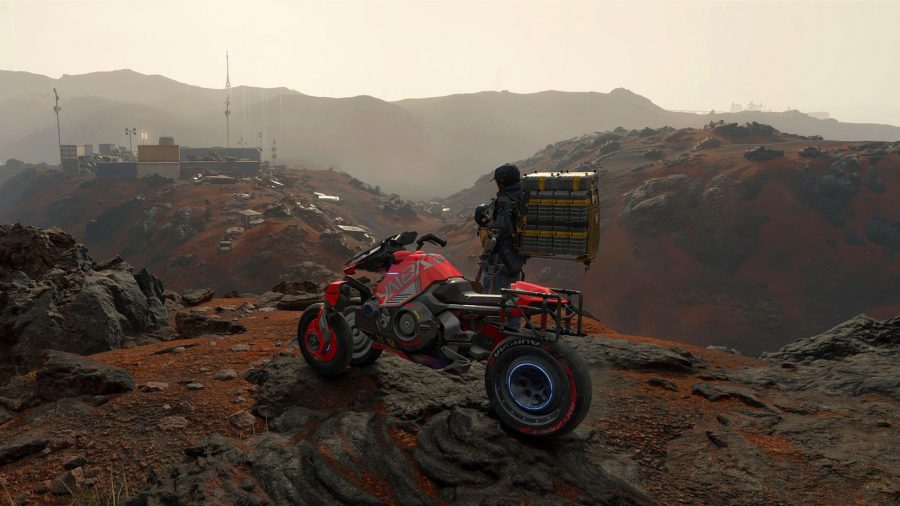 It says a lot about the garishness of this product placement that in a world with floating behemoths, screaming jar babies, and ghostly apparitions, it’s a humble can of Monster Energy that makes us most uncomfortable. Reaching the end of civilisation and being forced to drink nothing but Monster is certainly dystopian, but it’s far from believable. Perhaps Kojima Productions had to find a way to fund its star-studded cast, but whatever gravitas they bring to the story through their performances is eroded away every time the Monster logo flashes up on screen.

They exist to remind you of the brand's existence in the real world... it's incongruous by design

There’s still no word on whether the Death Stranding Director’s Cut will eventually arrive on PC. It has a lot of new stuff – cargo catapults, racing circuits, ride-on bots – and there are some neat tweaks that make your journey smoother, but its best addition is actually an omission: the removal of Monster Energy cans. There’s plenty of other silliness in there, like in-game content from Half-Life and Cyberpunk 2077, but it’s never forced on the player.

You might dig the Half-Life content because you’re also a fan of Valve’s flagship FPS, but the cans of Monster aren’t there for fans of the energy drink. They exist to remind you of the brand’s existence in the real world so that you buy some, drink it, and buy some more. It’s incongruous by design. 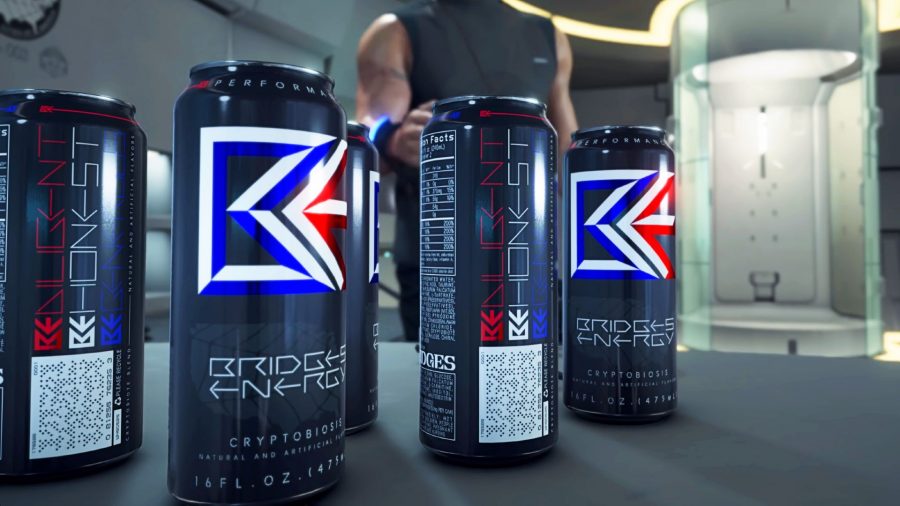 Imagine if Bethesda stripped Fallout of its iconic Nuka Cola, replacing it with Pepsi. The entire backstory of Nuka Cola is loaded with tales of corporate greed, government intervention, and secret experimentation – it’s not just that Monster’s inclusion in Death Stranding sticks out like a sore thumb, but that it blocks off a means of worldbuilding.

At least it’s gone for people playing the director’s cut on PS5, replaced with the fictional Bridges Energy. It’s one seemingly tiny change that could really bring the PC version up a notch, so hopefully the Death Stranding Director’s Cut will trek its way onto PC soon. Or better yet, Kojima Productions could patch it out.

You can buy Death Stranding on PC here, but make sure you check out our review first.

Fresh out of the pearly gates of Newcastle University's student newspaper, James Troughton has found himself reporting for TheGamer, with freelance bylines in AllSourceGaming, Switchaboo, IntoTheSpine, GaymingMag, and CBR. He's a big Ratchet & Clank fan, but while he's writing here it's Half-Life all the way.