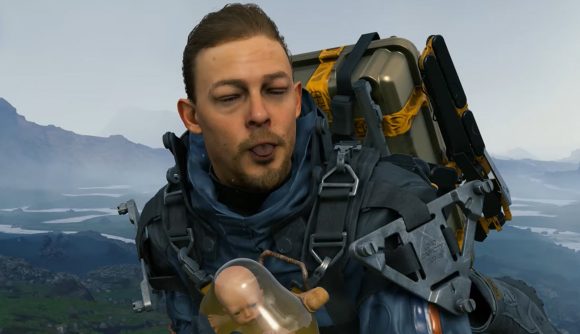 The Death Stranding PC release date is upon us. The action-adventure game’s arrival is just a matter of hours away as of right now, and the critics’ reviews on how it’s fared on our home platform are starting to flood in. Let’s take a look at how Kojima Productions’ tale has been received, shall we?

Scores so far are pretty high across the board, with the game – which originally launched in November last year – currently sitting at a score of 87 on aggregate site Metacritic, as of this story. The Verge concludes that “Death Stranding is worth playing again on PC”, adding: “There truly isn’t anything like it, and it’s rare to see such an expensive project with such an uncompromising vision.”

Similarly, Screen Rant says: “Death Stranding on PC is just as dense and bizarre as it was on the PlayStation 4, but a powerful rig makes this the ideal way to play Kojima’s polarising opus,” highlighting that the PC’s visual capabilities means the “entire world seems crisper and more vibrant than before”. However, there are a couple of scores closer to the middle in the mix, too.

In PCGamesN’s own Death Stranding PC review, Malindy Hetfeld scores it an eight-out-of-ten, concluding the game’s “as thrilling as it is boring, as fantastic as it is mundane, but one thing’s for sure – there’s truly nothing else like it.”

If you’re keen to get the game up and running when it arrives tomorrow, be sure to check out our Death Stranding system requirements to find out the minimum, recommended, and ideal PC specs you’ll need to know. Also take a look at our list of upcoming PC games if you’re keen to know what’s next on the horizon.