The Death Stranding system requirements are finally here courtesy of Kojima Productions and 505 Games, giving you some idea what kit you’ll need to run Sam Bridges’ adventure on your gaming PC. The good news is, it shouldn’t be too demanding for most systems.

Given that Death Stranding first launched on the PlayStation 4 back in 2019, you understandably don’t need the best graphics card or best gaming CPU to get the action-adventure game up and running. In fact, the decade-old Intel Core i5-3470 is more than enough horsepower when paired with an entry-level GPU like the AMD Radeon RX 560 or Nvidia GeForce GTX 1050.

You’ll need to clear a fair amount of storage space though, 80GB to be exact. While neither developer or publisher explicitly recommend upgrading to one of the best SSDs for gaming, you’ll undoubtedly benefit from speedier load times and asset streaming by swapping out your HDD for a solid state drive. 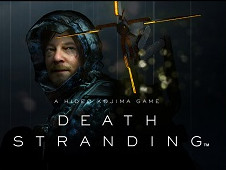