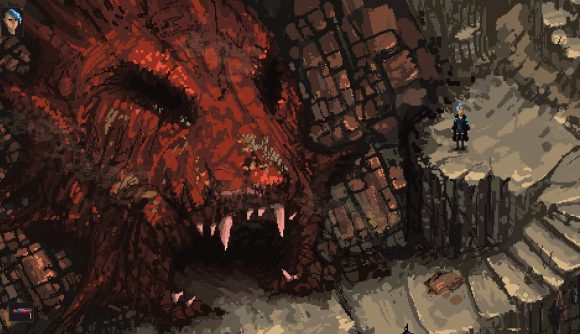 Death Trash made an understandable splash with its free demo earlier this year, offering a modern take on isometric Fallout that’s equal parts stylish and nightmarish. It’s one of our top indie PC games to watch out for in August, and you don’t have to keep watching at this point, because Death Trash is now available in Early Access.

You can grab Death Trash now across Steam, Itch.io, and GOG, at a 10% launch discount which brings the price down to $17.99 / £15.29 / €17.99. This Early Access version features at least five hours of story content right now, and the free demo is still available if you want to try it out before buying into the early version. 1.0 is scheduled to launch in 2022 if development goes according to plan, “but if it takes longer than that to make a game we’re happy with, we’ll take more time.”

Death Trash has already been in development for five years, and it’s built a pixel art aesthetic all its own. It features the mechanics-driven role-playing of the early Fallout games, but puts it all in the context of an even more disturbing post-apocalypse. We have some more extensive impressions of the Death Trash demo if you want more info, or – again – you can just go play that demo for yourself on Steam. 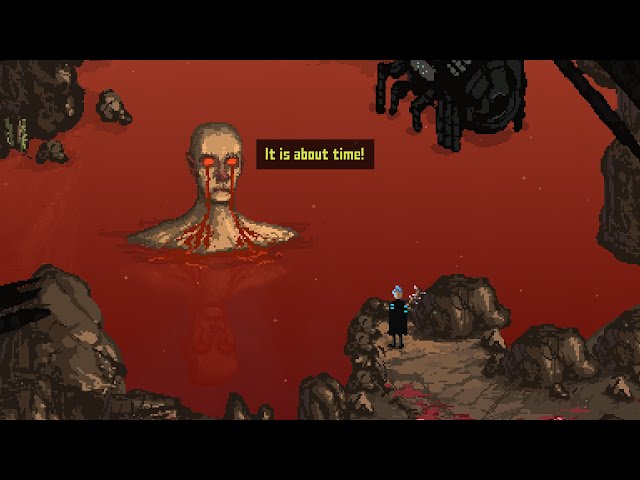 For more RPG games or indie games, you can follow those respective links.