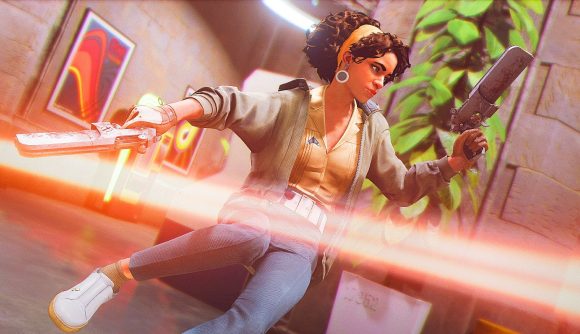 Arkane’s supernatural shooter Deathloop is finally here, and it’s undeniably a smash hit, being one of the few to land our coveted ten out of ten. Yet, while the game has received perfect scores across the board, performance issues on PC have resulted in a ‘mixed’ user review consensus on Steam.

The issues, which by and large relate to ‘stuttering’ during gameplay, have been speculatively linked to Deathloop’s use of the digital rights management (DRM) tool Denuvo – an anti-piracy measure that’s no stranger to scrutiny. The effects aren’t confined to gaming PCs, either, as those on PlayStation 5 report similar problems. That said, there’s a likeness to Dishonoured 2’s rocky launch, which could mean Arkane’s Void Engine is at the heart of it all.

While there isn’t a permanent fix for Deathloop’s PC performance issues just yet, the community has conjured up a temporary fix that involves limiting the game’s framerate to 60fps while also enabling Vsync and low latency mode. Of course, this isn’t an ideal solution for those of you running the best gaming monitor or playing on PS5, but it should ultimately stabilise the overall experience if you’re running the Steam version.

Deathloop’s community manager confirms the developers are “actively investigating the issue right now as a priority, and will update you with more specific information as soon as possible.” If Dishonored 2 is anything to go by, Arkane should patch these stutters up pretty quickly.