Want to know what the slabs do and how to get slab upgrades in Deathloop? Colt gains access to powerful abilities by picking up slabs, mysterious tablets that possess special powers. Each visionary has their own slab, including Colt – who has the power to come back to life after dying twice. These abilities can drastically alter the way you play the game – take a stealthy approach by turning invisible, or go in guns blazing by hurling enemies across the room.

In order to break the time loop, Colt must assassinate every visionary on Blackreef. Almost every visionary has their own slab, giving you access to five distinct abilities. You can only equip two additional slabs, forcing you to pick between your favourite powers. Some of the powers granted by the slabs may not appear to be great at first, but every slab can be upgraded up to four times to increase its power.

As long as you have enough residuum at the end of each day, you can infuse every slab you pick up to make your next run smoother. Here’s everything you need to know about the slabs in Deathloop.

There are eight visionaries on Blackreef – only six of them wield a slab, and Julianna technically doesn’t count because her slab can’t be used by anyone but her. There are five slabs in Deathloop to find and upgrade. It’s important to note that both Colt and Julianna are the only characters who are unable to upgrade their own slabs.

How to upgrade Deathloop slabs

To upgrade your slab, assassinate the same visionary up to five times in a different time loop. For example, once you obtain a new slab and you infuse it, you unlock the ability to upgrade your slab when you acquire a second copy of it. You have access to four upgrades, but you can only use two of them at any given time. 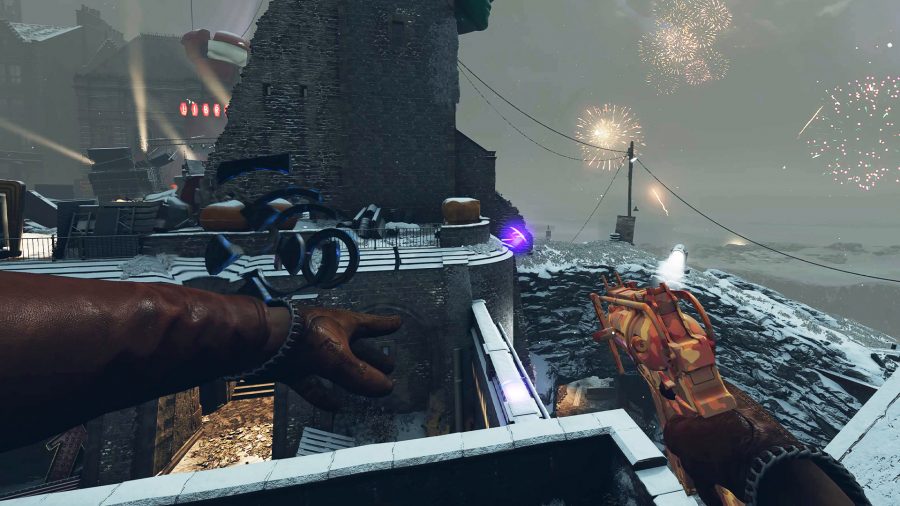 The shift slab allows you to teleport across short distances. This power is extremely useful as it allows you to bypass most enemies by teleporting right past them. The AI needs to spot you for several seconds before they’re alerted, but you should be able to teleport multiple times within that short timeframe.

Charlie Montague holds the shift slab – he can be found in Updaam at noon.

Here are all of the shift slab upgrades:

Use the aether slab to briefly turn invisible, allowing you to avoid detection from lasers and enemies. This ability is lacklustre when you first acquire the slab as the duration is far too short, but this power can be transformed once you start upgrading it. If you enjoy playing stealthily, the aether slab makes you completely undetectable.

Egor Serling wields the aether slab – you can find him in The Complex in the evening.

Here are all of the aether slab upgrades: 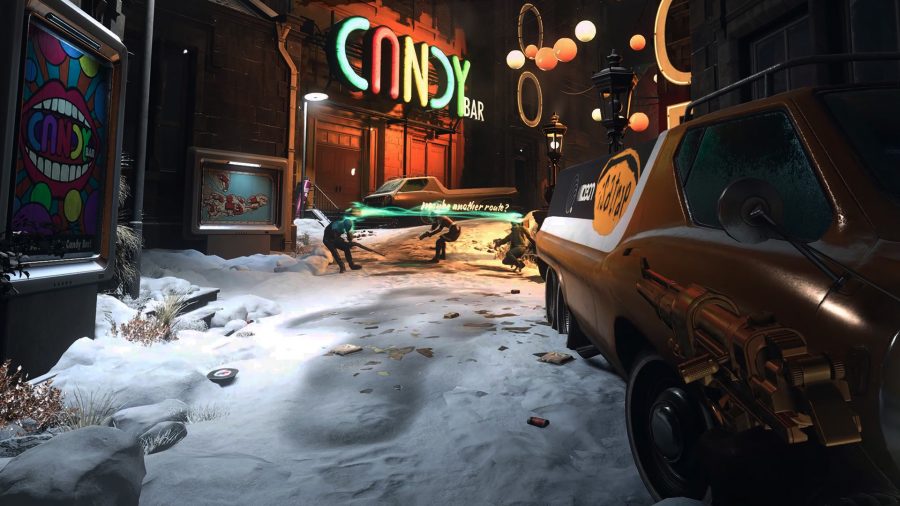 The nexus slab allows you to link all nearby enemies together so that when one of them takes damage, the entire group takes damage. The link cannot be seen by enemies and can be thrown from a distance – as long as multiple enemies are congregating in the same area, they will link together.

Harriet Morse is the keeper of the nexus slab – you can find her in Karl’s Bay in the morning.

Here are all of the nexus slab upgrades:

Activating the havoc slab increases your damage and lessens any incoming damage, giving you the power of super strength. The havoc slab is definitely the least flashy out of the lot of them, but it’s well worth using if you enjoy getting into fights. Use the super strength ability just as you enter combat to take down enemies faster and avoid taking lethal amounts of damage.

Fia Zborowska holds onto the havoc slab – you can find her in Fristad Rock at noon.

Here are all of the havoc slab upgrades: 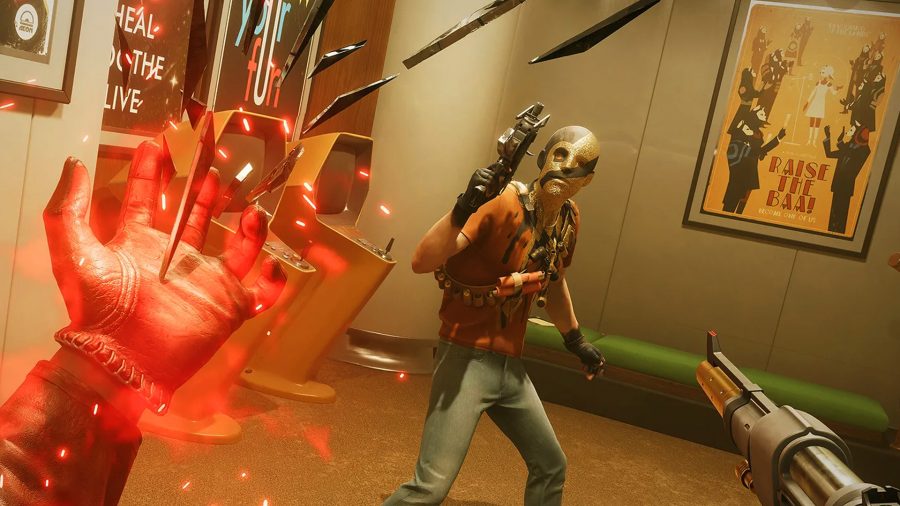 You can throw enemies around using the karnesis slab which gives you the power of telekinesis, but it only works on enemies. This slab is perfect for action-focused players who want to cause a scene and ensure there are no survivors on the map. Think of the karnesis slab as a grenade launcher to truly get the most out of this destructive power.

Aleksis Dorsey owns the karnesis slab – you can find him in Updaam in the evening.

Here are all of the karnesis slab upgrades:

Experiment with different combinations of slabs in Deathloop to discover powerful builds to suit your style of play. If you’re having trouble running the game at a stable frame rate, be sure to check out our Deathloop best PC settings guide for some helpful advice. Unsure where to find the code to enter Colt’s safe? Read our latest guide on Deathloop safe codes to figure out exactly what you have to do.