Frank Azor, Alienware and XPS chief over at Dell, made public on Thursday that its gaming business revenue is now at $3 billion. That significant sum is, as Azor states, roughly 15 times that of gaming peripheral and hardware company Razer’s system sales, and three times Dell’s closest competitor.

The announcement marks a new direction for Dell and its subsidiary Alienware, which has been under the tech behemoth’s umbrella since 2006. Despite a humble approach in the past, Azor sees this announcement as the beginning of Dell flexing its muscles and throwing its sheer mass around in the gaming space.

“We have been holding that close to the vest for a long time,” Azor, speaking to media and analysts at Dell’s HQ in Round Rock Texas, says. “It’s not like we went from $2 billion to $3 billion in the last six months. We tend to be very humble, but we’ve been told not to be humble anymore. We want to get a bit more credit for some of the work we’ve been doing and the success we’ve had in that space.”

That lofty $3 billion figure isn’t all thanks to Alienware alone, it also includes two other pillars of the company’s gaming business, G Series – previously Inspiron Gaming – and XPS. Despite the XPS brand now encompassing swathes of professional products, Dell still classifies a few of its XPS products – for example the XPS 15 laptop – as gaming capable products, even if they are a little lightweight for modern AAA titles. 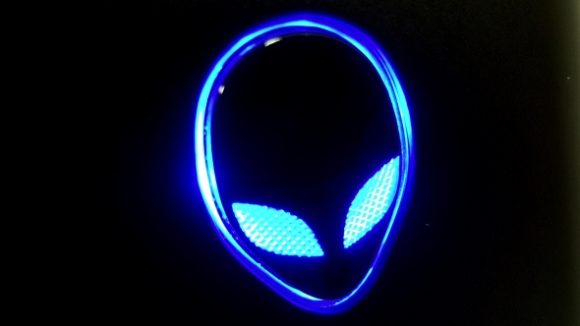 “It’s about 15 times them [Razer] probably, at least on the system side of their business,” Azor says.

Razer’s system sales accounted for $137 million in 2017, although its total revenue for that year all told comes to $516 million. That’s largely all thanks to its ginormous peripherals business, which, once accounted for, helps close some of the gap between Dell and Razer’s gaming revenues.

Dell, on the other hand, currently sits in third for global PC shipments as of Q2 2018 – according to research from Gartner. However, the global PC market hasn’t been looking healthy in the last half decade, with gaming PC sales the only saving grace in a market otherwise saturated by mobile devices. The likes of Dell, along with HP and Lenovo in second and first respectively, are growing, however smaller businesses face shrinking markets.