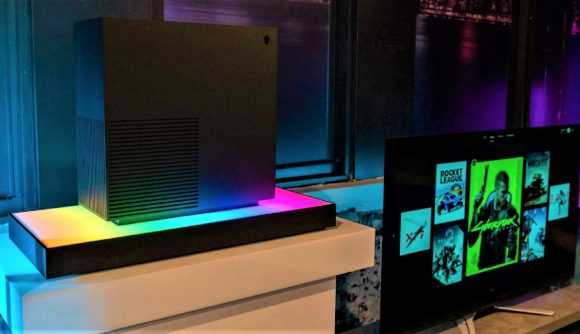 Gaming on the go is more prominent than ever, with devices like the Steam Deck on the horizon that promise a portable gaming PC experience. However, if you’re a sucker for high-specs and the best graphics cards on the market, you’ll have to deal with being tethered to a few square meters of desk space. While it might seem like there’s no way to break these shackles, Dell is cooking up something called Alienware Concept Nyx, and it could transform your entire home into a gaming hub.

Teased at CES 2022, the Alienware Concept Nyx is essentially a server that can transmit PC games to numerous devices within your home via WIFI. In theory, the tech should emulate the action of physically picking up your hefty rig and lugging it to a different room, as you can pick up exactly where you left off in-game without having to restart or load.

Concept Nyx also embraces the idea of unifying platforms, as it would allow you to stream games from traditional storefronts like Steam and the Epic Game Store, alongside cloud gaming services like GeForce Now. It also negates the need to switch between libraries, as access will be facilitated via a singular app. Better still, Dell says it’s also looking into ways to stream four games at once, meaning the bold box could fill in for multiple PCs.

The conceptual box also pairs with a snazzy Alienware controller, which connects straight to the centralised box. Dell hasn’t mentioned whether compatibility with the best gaming keyboards and mouse setups are part of its vision, but this could be an option when streaming to laptops and lower-end PCs. 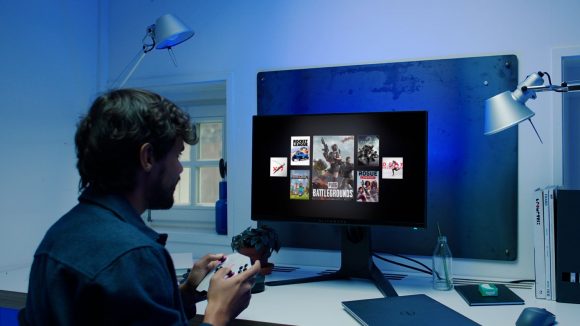 It’s needless to say that Dell’s gigantic gaming box is purely conceptual at this stage, so don’t expect it to pop up for sale any time soon. However, if players and the industry at large continue to embrace cloud streaming services, the concept could eventually come to fruition. While your wifi setup at home likely isn’t ready for this ambitious Alienware pipedream at the moment, perhaps it will the gaming PC scene as we know it in the future.