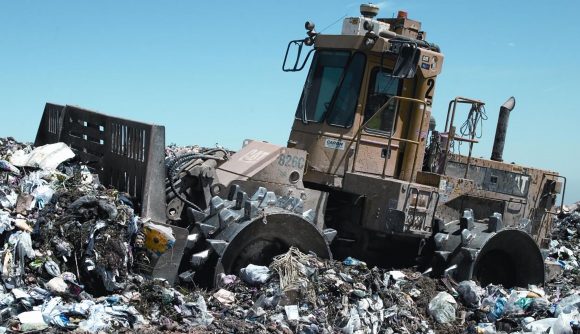 Dell has completed its goal of recycling two billion pounds of electronic waste two years early. A part of its ‘Dell 2020 Legacy of Good Plan’, the Texan company managed to avoid the landfills and reuse heaps of its used consumer plastics, electronics plastics, carbon fibre waste, marine plastics, and gold.

I’ll admit the Legacy of Good Plan does sound like a hastily brainstormed government scheme to pay for schoolkid’s breakfasts, but it’s really a set of positive milestones set out to minimise multi-billion dollar corporation Dell’s impact on the world. It’s all centred around the the 10×20 Goal. By 2020, the company hopes the “good” that will come from its products and services will be 10x what it takes to create and use it.

Dell hopes to achieve this overarching goal in a number of ways; from supply chain sustainability and environmental goals to community support, inclusivity, hiring, and workplace environment improvements.

Kefetew Salassie, VP of client-side engineering at Dell, told DigiTimes the company has utilised recycled electronics in all aspects of its business, including desktops, servers, monitors, and notebooks. It’s also reportedly the first brand to recycle gold from motherboards.

One such recycling initiative is the company’s co-venture with an Indian startup Chakr Innovation to recycle diesel engine exhaust gas and turn it, alchemy-like, into printing ink. So far the company has produced 150,000 boxes printed with recycled inks.

These are just a few of the environmental goals as laid out in the Dell 2020 Legacy of Good Plan.

Plenty of electronic waste, or ‘e-waste’ as it is often known as, is thrown away despite the potential for a lot of the technological innards to be recycled. According to the United Nations University (PDF warning), 44.7 million metric tonnes of e-waste was generated in 2016, while only 20% was recycled. And that number is expected to continue to grow.

Supercharge your old PC: Here’s how to overclock

With a revenue of some $80bn in 2018, Dell manufacturers a lot of product, generating a hella lot of waste as a result. Recycling two billion pounds is still a drop in the ocean compared to that mammoth worldly sum, but it’s reassuring to see the company take some responsibility in its impact on the globe, and at least do something to ease the pace at which we’re turning our planet into one big ball of dirt – sprinkled with yellowing PCs, flip phones, gamers that don’t push the payload in Overwatch, and other worthless junk.