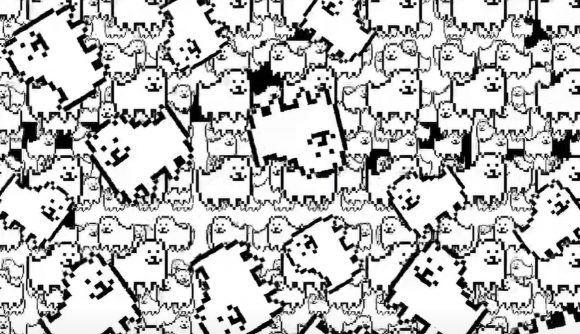 The long-awaited Deltarune Chapter 2 is coming up, and soon. Created by Undertale developer Toby Fox, Deltarune is an episodic RPG game, whose first chapter released a few years back in 2018. Part two was initially expected, “content-wise”, to be complete by the end of last year, but since then we’ve had little news on when we can expect to get our hands on it. Now, Fox has shared some exciting news – Deltarune Chapter 2 launches tomorrow.

“Thanks for waiting,” the dev says in a Twitter post announcing the Deltarune Chapter 2 release date and time, which is set for September 17 at 5pm PT / 8pm ET (that’s September 18 at 1am BST). So, that’s only around 39 hours from now, as a handy countdown timer on the game’s site tells us. While we’ve got almost no clue about what Chapter 2 will bring – the only teaser being the very brief trailer below – Fox has shared some key information about the pixel-art RPG’s second part on the site.

To ensure you carry over your save file from Chapter 1, you’ll need to make sure you see the first part’s credits roll, as that’s when the completion data’s generated (so, go catch some sleep in your bed at the game’s end).

You can also play Chapter 2 without this save data if you like – for example, if you’re diving in on a different PC this time. “As long as you generally remember what happened story-wise, you’ll be fine,” Fox explains. As for more future Deltarune content, the dev says there are “planned to be more chapters” beyond this one – but so far, only Chapter 2 has been created so fans will need to be patient for the next. Here’s the teaser announcement:

It’s not clear where you’ll get to play Deltarune Chapter 2, though it’s most likely it’ll drop on the game’s website as the first did. Pricing’s also not clear yet – while the first chapter was free, a 2019 trailer for the first chapter indicated future instalments wouldn’t be.

If you’re keen to dip into something in the just-under-two-days until Deltarune Chapter 2 drops, check out our rundown of the best indie games on PC at that link for some pointers.