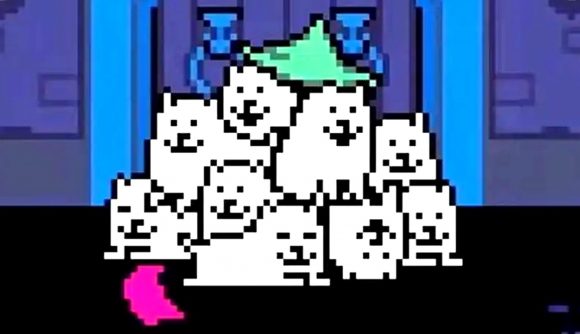 September 19, 2021 This story has been edited to clarify the release structure.

The eagerly-anticipated Deltarune Chapter 2 is out now, three years after the release of the original chapter for the game that’s basically Undertale 2. Furthermore, the new adventure is on Steam for free – and the developer says Deltarune Chapter 3-5 will launch together but will be a paid release.

Undertale is one of the most popular and beloved RPGs of all time, so the surprise reveal of a semi-sequel with an anagrammatic name from creator Toby Fox back in 2018 was a welcome one – Chapter 1 was certainly received well and captured the same type of chaotic humour Undertale is known for.

Fox has been sharing sporadic updates ever since, including new music tracks, but the sudden appearance of Deltarune part 2 just this week was a surprise for a lot of funs. Fox shared his thoughts on the release on the Deltarune website, thanking the other developers involved – Deltarun is no longer just a single-developer game – and calling it “the biggest chapter in the entire game”.

The update also briefly touches on Deltarune Chapter 3, too. Fox is planning to “expand the team a little more” for starters, but also says that the chapters will no longer be released as and when they’re done.  Deltarune’s next release will include Chapters 3, 4, and 5 and will no longer be free – they haven’t decided on a price, but it’ll “cost more than Undertale”.

As for when exactly this next Deltarune update will drop for the game otherwise known as Undertale 2, Fox simply says “I won’t know the answer until it’s done.” Seeing as it took three years to complete Chapter 2, fans may be in for a long wait to finish the follow-up to one of the coolest indie games on PC.