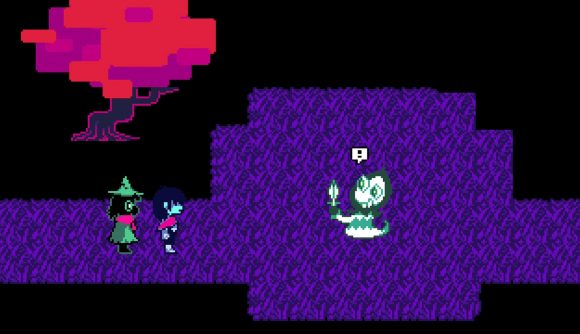 It’s just about been three years since we got the first chapter of the Undertale dev’s latest game, Deltarune so, naturally, there was some buzz when creator Toby Fox revealed that Chapter 2 would suddenly be dropping last week. Since the game’s come to Steam, too, we now know how popular the indie game is, and, yep, people are digging it.

As per SteamDB, Deltrarune hit a peak of 102,916 concurrent players on launch day and has held a steady player count since. Mind you, the game is currently free-to-play on Steam as it’s still considered a demo with only the first two chapters available, but interest in the game isn’t wavering.

The game won’t remain a demo forever, though. Fox revealed over the weekend that plans are shifting going forward. He was going to release the chapters when all of them were finished, but he’s changed his mind as it’s “hard both for creators and fans to go a long time without a release”. We’re getting Chapters 3, 4, and 5 next time, though the game will become a paid release at that point. Fox says he doesn’t know how much it’ll be, but it’s “definitely going to cost more than Undertale”.

If you’re looking for more of the best indie games on PC, you can follow that link.