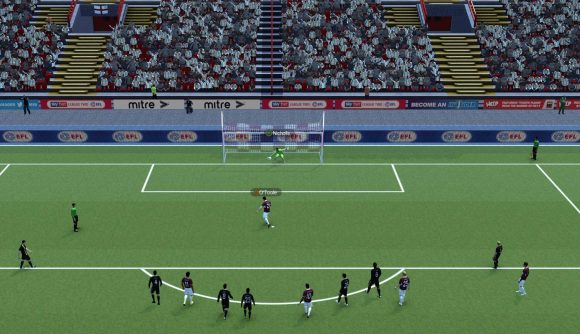 The war between pirates and DRM makers continues to escalate, and the latest casualty is Denuvo 5.2. That’s the newest iteration of the widely-maligned protection software, which debuted just one week ago. It took a scene group only four days to get around the revision, which is a marked contrast against many popular titles in the past few months.

The Quiet Man from Square Enix and Football Manager 2019 from Sega were the first two titles to make use of Denuvo 5.2. The latter launched on November 1, and was cracked on November 5 by a group called FCKDRM. (No relation to the CD Projekt initiative of the same name.) As for The Quiet Man, well… nobody wants to play The Quiet Man, even for free.

These cracks were noted by DSOGaming, and are notable in the wake of other crack developments in the past few months. When Denuvo took legal action against Voksi, one of the most prolific crackers in the scene, the rate of cracks slowed down dramatically. Denuvo 4.9 was the version used at the time, and cracks came at wildly inconsistent times. Shining Resonance Refrain, a relatively obscure title, was cracked after just a day, Jurassic World Evolution took over three months, and games like Monster Hunter World remain protected even now.

But it looks like other groups have picked up the torch. This doesn’t spell the end for Denuvo, as the promise we heard from a pirate group last year that “Denuvo-protected games will continue to get cracked faster and faster” has proven largely untrue. At times, like right now, cracks have come quickly, but in many other recent cases they’ve been delayed by months at a time. The battle is likely to continue swinging wildly back and forth for the foreseeable future.